Wondering how well Silver Wolf compares to other characters in the game? Check out our Honkai Star Rail tier list guide.

The character besides Kafka that you will see during the first cutscene in Honkai: Star Rail, Silver Wolf. As a genius hacker and a member of Stellaron Hunters, Silver Wolf sees the universe differently from most people. Because she already mastered “aether editing”, the skill that can tamper with the data from the reality in this world. Thus, Silver Wolf always imagines the universe as a game, a massive simulation game to be precise.

With small screen time for Silver Wolf during the 2nd Close Beta testing, there are a lot of things that we don’t know about Silver Wolf yet. About how Silver Wolf and Kafka first meet, about why she can become a genius hacker, about how her hacking battle with Screwllum of the Genius Society occurred. But one thing we can learn, thanks to Silver Wolf and Kafka, both of them are able to meet with Trailblazer, and hence, the chapters upon chapters about Honkai: Star Rail stories can be unraveled one by one.

Silver Wolf’s ultimate will also apply entanglement, delaying the enemy’s action by 40%, and also apply quantum DoT based on Silver Wolf’s ATK. So, you want to consider investing in Quantum damage boost and ATK for Silver Wolf.

As for the team comp, you can actually pair Silver Wolf with any kind of character. From DoTer characters like Kafka, Serval, or Sampo, or AoE DPS like Himeko or Herta, or even single target DPS like Seele or Dan Heng. Silver Wolf is a very flexible character since she acts more as a shredder for your team.

Incessant Rain is Silver Wolf’s signature Light Cone. With this light cone, Silver Wolf will always apply one Aether Code to a single random enemy, which acts like a ticking bomb. If you equip this light cone, you would want to pair Silver Wolf with another debuffer like Pela so that it will be easier to get 3 or more debuffs to get that additional DMG increase.

Since Incessant Rain is a 5 star light cone, you can also use these other light cones as the substitute. The only F2P Nihility light cone that is suitable for Silver Wolf is Void, as Loop is only useful if you have a slow debuff character in your team to activate its effect, which is increased damage if there is a slow effect on the enemy.

Rarity: 4 Star (The Nihility Path)
Effect: Increase DMG dealt to enemies with Debuffs. For every Debuff the target enemy has, increase DMG by 12%, up to 3 time(s). This effect also applies to DoT DMG.

In the Name of the World

Rarity: 5 Star
Effect: Increase its wearer’s Effect Hit Rate by 28%. If its wearer deals additional Damage, increase CRIT Rate by 8%, can stack up to 3 time(s).

Eyes of the Prey

Rarity: 4 Star (The Nihility Path)
Effect: Increase the Effect Hit Rate of the wearer when attacking by 24%. Increase DoT DMG by 24%.

Eye of the Prey is actually Sampo’s signature light cone. This is actually the least recommended light cone because compared to the other 4 star and 5 star light cones, Hit Rate and Dot DMG buff is not really mandatory for Silver Wolf. It’s still great to have Effect Hit Rate increase, but Silver Wolf’s chance to apply a debuff to the enemy is already high, 75% from her skill and 100% to apply entanglement from her ultimate. Her damage will also increase for each debuff that the enemy got, so it will be better to get a DMG increase from the debuffs instead of a DoT DMG increase.

Void is the F2P choice that you can use for Silver Wolf. Despite we don’t really need the Effect Hit Rate increase, this is the only current 3 star light cone in Honkai: Star Rail that has a useful effect for Silver Wolf.

There are 3 ways to build Silver Wolf, focusing on her Quantum DMG by using the Quantum relics or focusing on increasing her damage based on the debuff that the enemy got. Either way, they all will give similar results outcome for your Silver Wolf, but you need at least 4 piece set to benefit from their relic effect.

Here are the relics options that you can choose for Silver Wolf:

For the main stats, here are the recommended relics build for Silver Wolf:

Since Silver Wolf will deal more damage if there is more debuff, you want to make sure that you have high CRIT so that Silver Wolf will benefit the multiplier to the fullest. As usual, have a ratio of 1:2 Crit Rate : Crit DMG would be ideal, while at the same time invest more on the ATK so that the DoT damage from Silver Wolf’s ultimate will deal higher damage too.

For Honkai: Star Rail Silver Wolf eidolon recommendation, we recommend you to aim for E1, E4, and E6. Silver Wolf will only attack a single target enemy, so the more she can apply a debuff to different enemies, the better it will be.

E1 means that the enemy will get the debuff even longer, this way you can worry less about the debuff duration running out while trying to apply more debuff to different targets. The longer the enemy got the debuff, the longer Silver Wolf will get that additional DMG increase too.

E2 is not really mandatory since it will only last for 2 turns. Especially if you only have Silver Wolf that will apply a debuff to the enemies.

E4 will be very useful to recharge Silver Wolf’s energy, as her DPS source comes from her Ultimate. So if you have E4, it will feel like a game changer for your Silver Wolf.

After reading this page, we hope that you now understand about how to get the best build for Silver Wolf.

For the build, you need to invest a lot of Quantum DMG Boost and ATK. Since her kit revolves around getting higher damage the more debuffs the enemy has, you can also invest in Crit Rate and Crit DMG too.

For the relics, you can actually choose between increasing Quantum damage from using the quantum relic Genius of Brilliant Stars, or you can also get higher damage from the debuff using either Thief of Shooting Meteor or Wastelander of Banditry Desert.

For the team, Silver Wolf is a very flexible character that can fit together with any kind of team comp, so you can go creative with the team composition.

For the eidolon, E4 and E6 is the game-changing part. E1 is definitely useful as it will also prolong the DMG increase that Silver Wolf will get. But E4 basically makes Silver Wolf’s energy requirement lower, making her able to spam her Ultimate more frequently. While E6 will give permanent debuff, making her one of the best shredders and potentially one of the greatest single DPS nukers too. 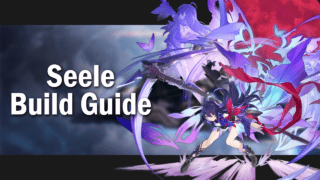 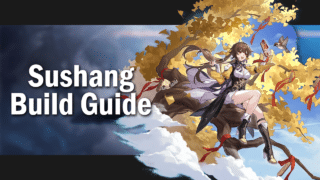 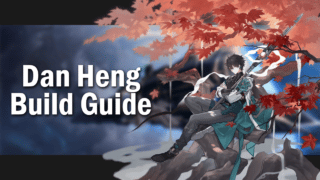 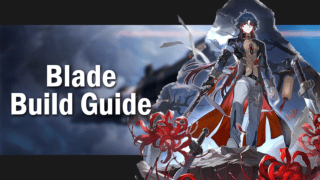