She used to be the maid of Dana, the Goddess of Lake.

Before Dana fell into a deep sleep, she was given the task of guarding the Forest of Elves.

She has much respect for Dana. For thousands of years, she has been following Dana’s instructions to guard the peace of the Forest of Elves.

She is proficient in natural magic with no mercy for intruders who dare to disturb the forest.

Someone witnessed that she attacked Garditis who tried to trespass on the forest and even disregarded her identity of High Elf to severely scold Garditis.

Although she was not good at composing music herself, she took great care of Flora and often taught her new tunes.

According to Mineer’s proof, it seems that someone would come to the Forest of Elves regularly to pass on new songs to Mayahuel.

Mayahuel liked a human male before but unexpectedly the one she revered most also liked this man, so she chose to quit and wish them happiness.

Yet this relationship didn’t last long as the human male deserted his lover and left the forest.

Mayahuel was there to witness all so she started to hate all males and pledged that no male would be allowed to set food on Forest of Elves. 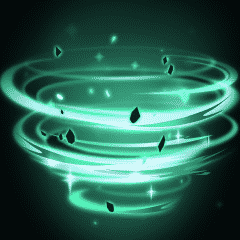 Summons Storm of Nature that attacks all enemies 3 times, each time dealing Magic DMG equal to 60% of ATK. 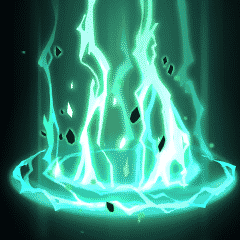 Summons the Power of Stars, dealing Magic DMG equal to 120% ATK 3 times to a random target and applies Soul Disperse to the enemy for 10s. Soul Disperse: Reduces Magic DEF by 5% of Mayahuel’s ATK, up to 50%.

Revived Witch is an adventure RPG game that combines both 2D dynamic pixel art and 3D lighting. You play as a young witch who enters a mysterious tower and travels across various worlds to fulfill her destiny.
8.8
Average User Rating
206 votes
Have Your Say!
Your Rating: 0
Submit
Write A Review
Genre:Anime, Gacha, RPG
Platform:Mobile
Developer:Yostar