How to Play ADC in League of Legends

Learn how to play ADC in League of Legends! As one of the most important roles in League, ADC is often the role that could carry the game into a win. This is, of course, if the player knows how to play it and makes the right moves in the right direction. However, this isn’t a very often sight, and most of the ADCs aren’t able to accept critique when it comes to their gameplay. For those who do, we’d like to explain in this guide how to be a better ADC and how to improve your gameplay! Stick with us until the end and find out more!

Without mechanics, you are nothing

It’s very important for you to know how to mechanically master the champion that you are playing. ADC is a role that is a very active one, regardless if you’re trying to trade-off with enemy ADC/Support or you’re trying to farm. Not just here, mechanics are mostly utilized in team fights, which is why ADC is usually the player who sits behind the frontline and deals a huge amount of damage.

However, if you fail to do so, your frontline will collapse much faster and you’ll be a “sitting duck” in the team fight. No matter how strong of support you have, or how tanky your support/top laner is, if you have no idea how to mechanically master your champion and optimize your damage in team fights and skirmishes, you’re done at this lane!

So, which mechanics you should master mostly? Well, last-hitting is one of the most important ones because it allows you to farm more effectively in the lane. Trading is also very important, and if you can deal more damage than you can receive from an enemy ADC or another champion, that would gain you a significant amount of leverage in your lane.

Lastly, but not least importantly, is the mechanics you’ll apply to team fights. It’s very important for you to practice attack-moving, in which you would take small steps between your auto-attack animation. This would allow you to reposition yourself and dodge incoming skill shots.

Master a couple of ADCs

Make no mistake that the ADC is one of the most complex roles that could be conquered in League of Legends. The mechanics aren’t something that could be easily mastered, and that is why you need to have a small pool of champions if you are having a hard time doing so. For example, if you are still learning to master this role, it’s good to pick champions that are easy to be mastered, such as Ashe, Caitlyn, or Sivir.

It’s also very important to know which champions will gain you an advantage against the enemy ADC. Counter-pick here is a very important feature that you need to master, and this could gain you a big boost in your performance against other ADCs. That is, of course, if you have already learned how to play a champion in this role.

Different playstyles apply to different parts of the game

ADCs are usually different when it comes to early/mid/late game. This goes out without saying, but we want to emphasize which “quests” you should complete in every section of the game. For example, in the early game, the most important thing for your champion is to gather a nice amount of farm. It’s important to pick up B.F Sword or Bilgewater Cutlass when you first go to the base, and that is why you need to farm as much as you can and not push for a kill if the situation isn’t 100% secure.

The mid-game would require the ADC to focus more on objectives and push structures. Swapping with the top lane is also a thing you can do, and maybe plan to take dragon with your jungler. That way you’ll gain a much-needed boost for your performance, and kills would just come naturally if you build off this momentum.

As for the late game, you already know that the frontline should be strong enough so you could deal a huge amount of damage from the backline. However, as we’ve mentioned earlier, frontline won’t mean anything in a fair game if your mechanics are low and you take too long to deal damage to your enemies. Therefore, it’s important to learn the mechanics of the ADC you’re going to play, especially in Ranked, when chances of the game going into late period are very probable.

Warding should be done by you too!

This is a very frequent problem in lower divisions, such as Gold and below. Most of the ADCs tend to go back in lane without buying Control Wards, as their “excuse” is that the warding job belongs to the support or the jungler. However, the support cannot own an infinite amount of wards, and if you have a control ward, you can place it in the tri-bush while the support will cover the other bush in the lane.

Therefore, the vision will be secured in your lane and you won’t have to deal with ambushes, as you’ll also deny the enemy bot-lane vision. This would help your jungler to come swiftly and unnoticed to the bot lane, and you’ll organize plays around the bot with ease!

It is a very common thing to see ADC with Flash/Heal and Soraka/Sona support. The heal is truly unnecessary in this position, and Cleanse would suit the ADC much more. It’s true that some items, like Quicksilver Sash, have the same effect as Cleanse, but they are obtained much later in the game, and Cleanse will save you from dying in the early/mid-stages of the game, especially if you play against CC supports like Leona/Braum.

So, it’s very important to know how to play the ADC role if you want to help your team win games. ADC is a role that is often learned to climb divisions, as they have a huge impact on the game’s outcome. A fed ADC doesn’t mean that it’s full of kills, but having a lot of farms should be the main goal to focus on when you play this role. Therefore, we hope that this guide will help you in mastering the role of ADC! Until our next guide, stay safe and practice this role more frequently! 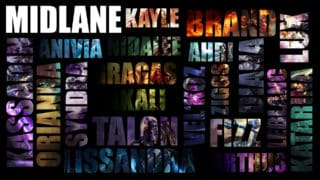 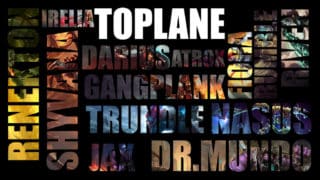 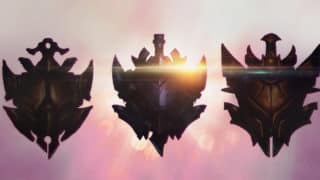