Abandoned mineshafts are underground structures, which are randomly generated in the Overworld. They are enormous and their structure makes it very easy to get lost in them. This includes long corridors, different height levels and many identical looking paths.

An abandoned mineshaft is made up out of large empty rooms, which mark the beginning of the mine. Each of those rooms will have one or more corridors leading away from them, these are the mineshafts. They are 3×3 in size, but have mine supports that are scattered throughout the mineshafts. These mine supports are made out of 3 blocks on top of 2 pillars of 2 fence posts on top of each other. The mineshafts are also littered with partial minecart tracks, which makes abandoned mineshafts an incredible source for rails, as you can simply break the blocks below them to quickly gather the rails.

Chests can be found in the corridors and are usually pretty easy to spot. They can contain a large range of items, but the most valuable items are melon seeds and diamonds. Melon seeds can only be found in chests in abandoned mineshafts.

Like dungeon chests, chests in abandoned mineshafts only contain a few items and each item has a certain chance of spawning inside the chest, as follows:

Finding an abandoned mineshaft usually comes down to luck, but due to the way they collide with other landmarks and biomes during their generation, finding them can sometimes be a lot easier. Ravines and oceans often collide with abandoned mineshafts, which means you’ll be able to see the light coming from the torches in the mineshafts from a large distance, even if it’s at the bottom of the ocean or ravine.

Alternatively, by changing your fog distance to a higher setting or by going through all the settings, the world will load all the hidden chunks (or hide and reload them if you go through all settings). On slower computers or laggy servers, the world may load slow enough for you to be able to see where the abandoned mineshafts are.

Abandoned mineshafts may not seem like much of a challenge, but the small corridors and the wooden support structures make for perfect hiding places for skeletons, creepers and spiders. Anybody can easily get caught unaware and die before knowing what hit them.

On top of the normal mob spawnings, cave spider spawners will spawn cave spiders at quite fast rates, which can often lead to an overwhelming force of spiders charging at you before you can get to the spawner. The spawners are also covered in cobwebs which will slow you down, but not the spiders. If you’re playing on hard or hardcore mode, cave spiders will also poison you, which can be devastating in any fight.

On top of all the monsters you have to watch out for, abandoned mineshafts are also very easy to get lost it. Make sure you have some method with which you can find your way back, which can range from using redstone torches, double torches or signs to mark the right path or perhaps placing blocks, like redstone dust, sand or other noticeable blocks.

As long as you proceed with caution, abandoned mineshafts shouldn’t prove to be too much of a problem. 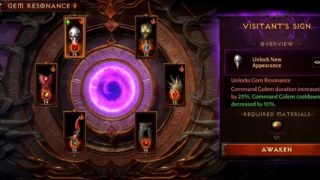