Mob fishing is a fun game which can be played on your own or with friends, even as teams. However, an extra few people could be required to count all the caught mobs.

The aim of the game is to catch as many mobs as you can in a limited amount of time. The catching is done by using a fishing rod, as all mobs can be pulled once they’re hooked.

The game is played from a platform high in the air, on which all the players have to stand. Below them will be some form of a pit or other structure that holds a certain amount of mobs.

The players will have a certain amount of time to hook and pull up as many mobs as possible. The hooked mobs will fly towards the player, before dropping down again and dieing from fall damage. Note that chickens do not die from fall damage as they will gently glide down.

By giving each team their own fishing area, counting the amount of caught mobs shouldn’t be too difficult, as you simply count how many mobs are left.

There are quite a few variations available, some require team work while others are have some risk to the player.

Catch It, Keep It

In this version players not only have to pull in the mobs, they also have to hit them onto a platform in order to score points. This can be done with swords (preferably wooden) with the knock back enchantment.

This variation requires more skills and a faster reaction time. It could be played in teams, which will have a dedicated fisher and hitter.

In this version different mobs are worth different points. This means the players have to try harder to aim for the right mob, instead of simply casting their rods in the general direction of a group of mobs. This often requires extra players who add up all the points, though you could also give each player their own area with the same amount of each mob.

Any mob left at the end of the round will be used to give the players a score, whoever scores the lowest (and thus pulled up the most difficult mobs) will be the winner.

Chickens and other smaller mobs are often worth the most points, while large animals, like cows and spiders are worth the least.

In this version you obviously fish creepers, however, when creepers are pulled close enough to you, they could explode. Exploding creepers barely happen at all, as they’re often out of reach before they can explode, which will reset their exposion timer. However, players unaware of this, or players standing too close to the edge will most likely try to run from the creeper, which means they’ll catch fewer creepers. This is a fun way to test which player is the bravest.

In this version, all players have to try to catch the same mob. The mob will spawn at regular intervals by a dispenser attached to a redstone clock. The dispenser is filled with spawn eggs. The players will have to get the right angle and wait for the right moment to cast their rods.

You could add different spawn eggs in the dispenser and assign different scores to each of them, larger mobs are usually worth less points. Creepers are often worth minus points, so players have to pay even more attention.

In this version, players only catch skeletons. The skeletons will fire back at the player when they’re close, although they don’t always have the right angle from which they can shoot at the player. So the players will have to be lucky (and perhaps a little skilled) to get the most skeletons before being killed by them.

This game ends when all the players are dead, whoever pulled up the most skeletons wins.

Pretty much all of the above mentioned versions can be played in a team vs team fashion, just make sure you either have a large enough platform for all teams, or give each team their own platform. 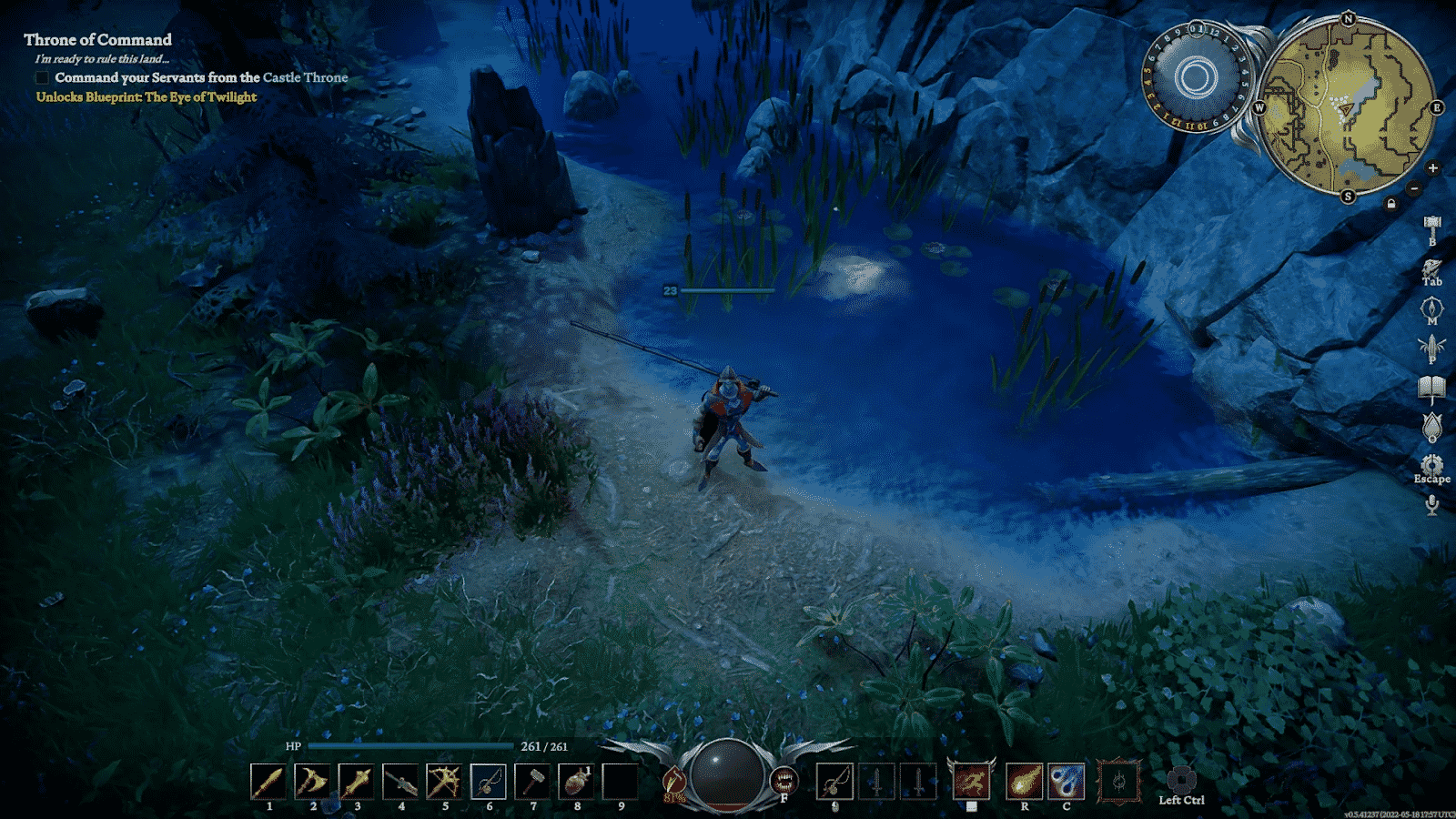