Meet Daddy Dearest, Tankman, Cassette Girl, Boyfriend, Girlfriend, Pico, and all other Friday Night Funkin’ characters with us to learn everything about them.

It is much more entertaining than other games for music enthusiasts because of the musical elements and relatable characters with enthralling stories.

Boyfriend, Girlfriend, Daddy Dearest, Monster, Senpai, Mommy Mearest, and other personalities keep you hooked to the game as they are amongst the core characters of the game.

If you have just started playing the game and want to familiarize yourself with all the characters, you are at the right place.

Read till the end to understand the features of all Friday Night Funkin’ Characters.

Boyfriend is the main protagonist of the game, and why wouldn’t he be?

The 19-year-old Boyfriend is undeniably everyone’s dream boyfriend as he always tries to protect his Girlfriend even if it means inviting trouble. Besides going to lengths for his relationship with his Girlfriend, he is also famous for his love of donuts and pepperoni pizza.

He works hard to win music duels to sustain his relationship with his Girlfriend despite antagonists like Daddy Dearest.

While Boyfriend likes his Girlfriend for her sweetness and beauty, she is not entirely how she looks. The Girlfriend is a demon like her parents and tends to be dangerous.

Girlfriend is the same age as her Boyfriend and also enjoys pizza; she prefers olives to pepperoni, though.

You can see her sitting adorably on the speaker during rap battles super. She is always there to support her Boyfriend.

All Friday Night Funkin’ characters except Boyfriend and Girlfriend are antagonists and portray negative characteristics.

Daddy Dearest is quite a relatable character as he would do everything possible to keep Boyfriend away from Girlfriend (his daughter). He is the primary antagonist and is introduced in the first week of the game.

Daddy Dearest is a demon with pale pink skin and black eyes with a lightning bolt mark on his forehead.

However, his fight with other characters in duels is not quite strong, and he often loses easily.

Mommy Mearest is another antagonist in Friday Night Funkin’ and appears in Week 4. She has purple skin, long brown hair, and black eyes with red glowing pupils that justify her persona well.

She loses her mission against Boyfriend in Week 4 like many other rap battles, but Mommy Mearest is true a pop star in the game.

Monster appears in Week 2 of the game as a bug and makes a proper appearance in Week 5. It is one of the most prominent antagonists in Boyfriend’s way. Yet, Monster is a popular trickster in the game.

Its appearance is terrifying because of its lemon head and blood dripping from its head and eyes. However, Monster’s ability to alter people’s perceptions is its most frightening feature.

Skid and Pump are aged eight and seven, respectively. They are seen in Halloween costumes, but you must not mistake them for their childish looks.

They are a dangerous antagonist team that gave tough competition to Boyfriend in Week 2 through their musical duels.

Some of the other characters besides those mentioned above include the following:

Pico is the first human to appear in the game and has a high IQ of 127.

Daddy Dearest tricked Senpai into a dating simulator, and he also faces Boyfriend on the orders of Daddy Dearest.

Spirit is Senpai’s reincarnation, who wants to take revenge on Daddy Dearest and find a body for himself.

Hatsune is a famous Vocaloid character.

This character, with a cigarette in his hand, makes smoke according to his musical notes.

Whitty is a humanoid bomb quite popular in the mods of Friday Night Funkin’.

It is a robot with a screen that exhibits its mood.

Tricky is an antagonist from Madness Combat. It may look different depending on the version you play.

Besides the one who already appeared on the show, some other characters are still to come out, including:

Friday Night Funkin’ is a popular game among players who enjoy musical themes. Besides the two main protagonist characters, ‘Boyfriend’ and ‘Girlfriend,’ all Friday Night Funkin’ characters are antagonists. The villains, including Daddy Dearest, Mommy Mearest, Monster, Senpai, Skid, Pump, Tankman, Garcello, and all others, fight against Boyfriend to music duels in the game.

Let us know what characters are your favorites and feel free to get in touch if you have any questions. 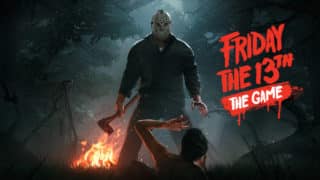