Here is our best cheap RB RWB FIFA 22 guide. Get yourself a bargain in the transfer market with these high-value players.

Like with all other positions, RWB and RB can be pretty “problematic” to find a solution for when your primary choice isn’t available to play. Having a player that is unable to play in this position, but is still doing it, can hurt your right defensive side. Therefore, your enemy will force this side to strike more often, and you’ll be vulnerable. This is why you need to have an alternative for the position, and the perfect one shouldn’t be as expensive as the starter one. So, we’ve made a guide on the Top 10 best choices that cost under 5 million pounds. Here they are!

Girona is currently playing in the second strongest league in Spain, and Martinez is one of the young gems that this team has. Mostly utilized at the RWB and RB positions, Martinez could fulfill the CB position too if that’s needed from him! He can mark well, defending is never a difficulty for him, and he never backs down from duels. This is the kind of player you might need in your rotation!

Williams is a strong individual that always makes sure his presence in the defense will be known! As a player, he doesn’t have such high versatility profile, as his strongest and sole position is the RB one. However, he always gives his maximum to be the best version of himself and is one of the main reasons why Fulham was able to have such a strong defense and enter the Premier League!

Scally is also playing for the USA National Team, but his presence in Borussia is much more active compared to the national team. He has been able to gather some much-valued experience in the Bundesliga, and apart from the RWB, he can be utilized in the LWB position. Scally is a fast individual that acts like an “anchor” between the midfield and defenders on the pitch!

Mujaid is a fast and strong individual, and the team of Genk is often utilizing him in important matches, making his value go even higher. He plays the RB and CB positions, and with a height of 183cm, he provides good jumping abilities to his resume. With that being said, he may be the defensive player that you’re looking for to add to your rotation!

Frances can provide energy on the defensive end through his hustle-moves, his tackles, and the interceptions that he’s so good at. Apart from that, he can play the CB position along with the RB one, so he could fill another “hole” in your rotation if it was to appear. Frances is still very young, and at the age of 19, it seems like the future is bright for him!

Switzerland is a country in which you can find lots of talents, and Omeragic is one of them. Although his OVR score isn’t as high as you’d expect, the potential is there, and he has shown signs of extreme progress! Omeragic is very good at the RB position, but similar to Frances, he can also cover the CB position if that’s needed from him. So, with him being a versatile, young, and potent player, no need to think twice!

Although considered a defensive asset, Bradden is more utilized at the midfield. True, he can play the RB and RWB positions without any problem, but Bradden is also very good at the RM position. And thanks to the speed he possesses, he could launch himself quickly in the offensive or the defensive actions of his team! Bradden is a decent passer, can mark and protect the goal very well, and apart from that, he can run to the offense to provide support! Such a versatile guy for his age!

Siquet plays in the Bundesliga and is one of those defenders who can shoot and pass the ball very well. This is why he is often utilized at the offensive/midfield part of the pitch, although his main positions are RB and RWB. He has good skill points in crossing, stamina, acceleration, and shooting the ball. The speed is also here, as he has 74 points in Sprint Speed too! So, he could be a very good, versatile addition to your team!

Rensch is one of the young products of Ajax’s school and is becoming more and more utilized with every game passed by. He is a very strong individual who always makes his presence known on the defensive end! Apart from the RB position, he can play on the other side of the pitch, more precisely at the LB one. This makes both of the sides very well protected from attacks, as Rensch doesn’t allow a ball to pass easily behind his back. He is a very energetic guy and always delivers when it’s asked of him!

Esteves sits at the top of our list, and his qualities are more/less matching the ones of Rensch. However, you can get him for half the price that Rensch has in his deal, and the potential of both individuals is the same. Esteves plays on the RB and RWB positions in Sporting and has been able to gather more than valued experience in this team. He is very good at intercepting the ball, reacting, and attaining a position at such a young age. Apart from that, he is fast and agile, so he can move back to the defense without any problem, inhibiting any attempts of a counterattack.

These are the top 10 best cheap RB RWB players in FIFA 22 career mode.

We hope that this guide helped you in choosing the best RWB and RB for your rotation. They are very cheap and due to the potential they have, these players could be developed into the next big “superstars” for your team! Apart from those positions, they also cover several other ones, which make them very versatile and highly utilized in the teams they are playing for! 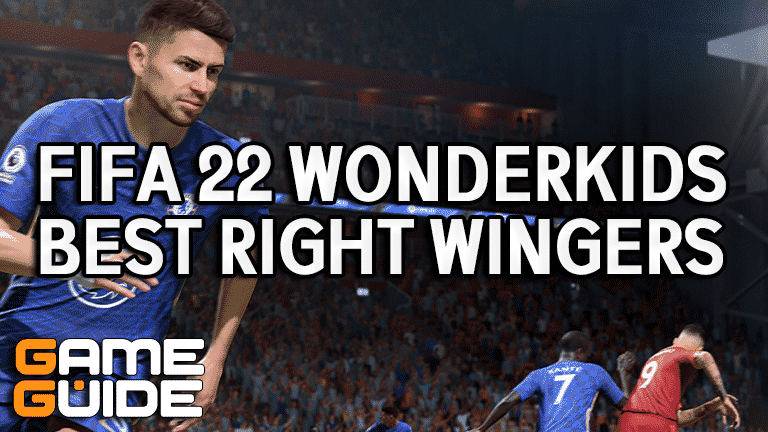