Covering the left part of the field can bring huge benefits for your team, especially if you bring young and potent players to the position! There are many players that are already showing off, building momentum for themselves, and becoming young superstars in their own league!

With the uprising of Sancho, Foden, and Ansu Fati, many young wingers are being overlooked and managers are not very confident when it comes to signing them.

However, although the above-mentioned talents are probably the best in their class, there are many other gems that just need the right chance to prove themselves! Here is our top 10 list of best young left wingers.

Damsgaard is a talent that resembles the profile of a young, aggressive, and eager-to-learn kind of player. Mostly utilized in the LM and LW positions, this fast and agile player moves swiftly through defenders, scores, or creates chances for his teammates like a boss! Therefore, if he can go to a high-market club and be played in matches that will boost his confidence, he will be a force to be reckoned with!

What he lacks in speed, Diop compensates with high dribbling skills and endurance throughout duels. Therefore, it’s safe to say that he is one of the best young wingers in France, as he may be on the move soon! As a manager, these players should always be on your radar, and although he may not be as fast as other wings, the stability, and the strong presence he offers on the field should be more than enough for you to sign him!

Smith Rowe has been playing constantly well for Arsenal, and the team has recognized his talents, as they tried to utilize him more and more with every game passing by. With him being young, there is so much that he can learn in this high-profile team, as Arteta is constantly pushing him to become the best version of himself! Apart from the LM position, you can use Smith Rowe as a CAM, which goes to show that

Valencia has discovered a massive talent in Gil, and he has proven his qualities with the high-level performances he gave week in and week out! He is mostly utilized in the LM role, but can also play as an RM and CAM, making his versatility even wider! At only 20 years old, only sky’s the limit for Gil, as he may be on the move soon to a more elite and expensive team, fighting for titles! Therefore, do not miss the opportunity to grab him if you have the financial strength to do so!

Martinelli is a very valuable asset for Arteta and his team, as he has a confident starting spot in his rotation! The fast and agile wing has very good points when it comes to dribbling, sprint speed, agility, or reactions, and the vision is present too with this player! Therefore, the all-around profile that Martinelli has, along with the potential he possesses should be enough for you to bring him to your team and let him work his “magic” on the field!

Just like any other wing, Sancho’s biggest strengths are contained in his ability to dribble and create chances without any problem. However, he has a higher skill in scoring, passing, and vision on the field, and that’s something that not many wings possess. This is why he was brought to Manchester United from Borussia Dortmund, as he is still looking to showcase 100% of his potential. So, he is high on the list of young, potential kids that can fulfill the position of LM and RM in your team!

Musiala is currently “showcasing” his talents in Bayern Munchen, and it seems like he has a stable position in this team too! Due to his high points in Dribbling, Agility, and Balance, he is very well utilized in the wing position, creating chances for his teammates, and scoring from self-created ones as well! Apart from the LM position, he can fulfill the CAM and CM position too, making him a versatile player that you can rely on if these spots are empty in your team!

Every Barcelona fan was excited when they discovered the talent that this boy possesses, showcasing it in several manners for the team! However, despite the talent and the youth he possesses, he is a fragile player and is currently struggling with injuries. Apart from that, Fati seemed like he could be the “New Messi” for Barcelona, as the team hasn’t still exploited his full potential!

We shall wait and see if he’ll ever be the player that everybody is hoping for! Until then, you should know that the potential is there and there isn’t any doubt that he deserves a spot in your rotation!

Vini has been nothing short of spectacular for the royal club, and his recent performance only goes to complement his resume. He is mainly utilized in the LW position, and the speed he possesses makes the enemy defenders “shake” when it comes to stopping him from scoring or dribbling his way out. Apart from that, Vini is also an agile wing that has high stamina, enabling him to endure duels with more confidence, escaping injuries on the way doing so!

His place in Real Madrid is almost guaranteed, and only the sky’s the limit for this young talent! Our honest opinion is that he surely deserves a spot in your rotation, most likely in your starting XI too.

Foden has already reserved himself a comfortable position in City rotation, and it has been clear that Pep wants to use him in the team as much as he can! The young talent has proven his worth, and the high points in Balance, Agility, Ball Control, Dribbling and reactions only go to show that he is a real threat on the offensive end! There isn’t any single doubt that he should be the #1 choice for you, especially for the fact that he can also fulfill the CAM and CM positions too!

Therefore, if you need a versatile, young, and potent player on the LW, CAM, or CM position, Foden is surely the go-to guy for you!

We hope that this guide has helped you in finding the right solution for LW and LM positions. Moreover, we sincerely think that you should conduct deep and thorough research for any player and see if they can be blended into your team with the rest of their potential teammates. That way, you’ll have the best possible starting outline on the field, and the results will come on their own! 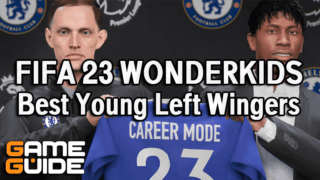 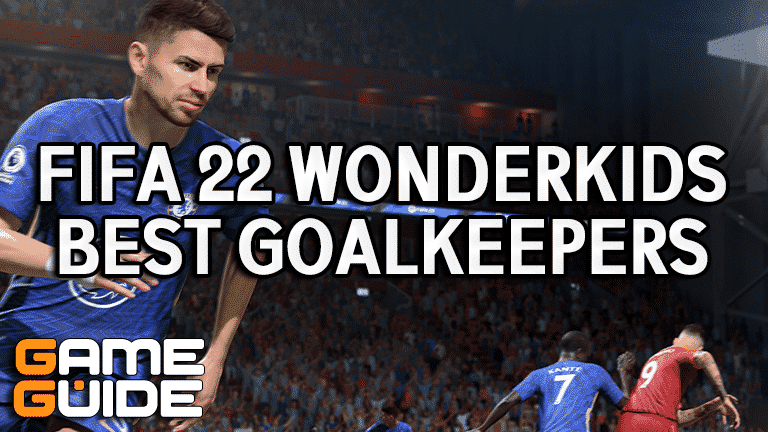