These are currently the best in slot legendary gems for the Crusader class in Diablo Immortal. However, this can vary from build to build, so use it as more of a reference than an absolute.

This is currently the best Crusader legendary gem in the game. It increases your damage and movement speed based on how much HP you have.

When taking damage, this gem has a chance to deal damage to all nearby enemies. The damage dealt is based on your HP.

You’ll always be taking damage, so it’s a great gem for Crusader.

When using primary attacks, this gem has a chance to summon a wolf that deals damage in a path. It works with Draw and Quarter as well. This adds a powerful and passive ranged attack to your damage kit without needing to press any extra buttons in your rotation.

These are currently the best starter legendary gems for the Crusader class in Diablo Immortal. If you’ve just reached max level, then these will be the first gems to aim for (unless you’re a whale).

“Judge a deed by the size of the corpse it leaves.” -Henknoc adage

This is basically Bane of the Powerful from Diablo 3. It increases your damage for a limited amount of time after killing an Elite monster. Solid gem, you can’t really go wrong with it.

Great for AoE. The amount is capped at a base amount of 3 enemies though.

And that’s all we’ve got for Diablo Immortal: Best Crusader Legendary Gems as of now. We’ll update the guide once more builds are found and the general meta of the game evolves. 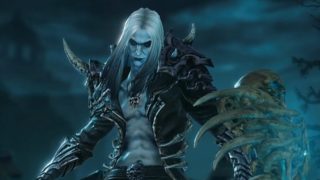