The world of Pokemon is filled with pink creatures, most of which are Fairy or Psychic-type. This category is particularly weak to Poison-type and Steel-type Pokemon but is exceptionally strong against Dragon-Type.

In today’s guide, we will be taking a look at all pink pokemon from every generation.

We also have all fish pokemon and all monkey pokemon.

Cleffa is a small, pink Pokémon that is vaguely star-shaped in appearance. A dancing Cleffa is seen as a good-luck charm, and it is one of a few extraterrestrial Pokemon.

Clefairy is one of the main characters in Pokémon Pocket Monsters and is Red’s starter Pokémon. Clefairy is notoriously rude.

Clefable is a timid creature that flees when it senses people approaching and is one of the world’s rarest Pokémon. Clefable evolves from Clefairy when exposed to a Moon Stone, and is the final form of Cleffa.

Taking advantage of the softness of its body, Igglybuff moves as if bouncing. Its body turns a deep pink when its temperature rises.

Jigglypuff has top-notch lung capacity, even by comparison to other Pokémon. It won’t stop singing its lullabies until its foes fall asleep.

The more air it takes in, the more it inflates. If opponents catch it in a bad mood, it will inflate itself to an enormous size to intimidate them.

Slow-witted and oblivious, this Pokémon won’t feel any pain if its tail gets eaten. It won’t notice when its tail grows back, either.

Slowpoke became Slowbro when a Shellder bit on to its tail. Sweet flavors seeping from the tail make the Shellder feel as if its life is a dream.

Miraculously, this former Slowpoke’s latent intelligence was drawn out when Shellder poison raced through its brain.

Though it may look like it’s just a bunch of eggs, it’s a proper Pokémon. Exeggcute communicates with others of its kind via telepathy, apparently.

If this Pokémon’s sticky saliva gets on you and you don’t clean it off, an intense itch will set in. The itch won’t go away, either.

Lickilicky can do just about anything with its tongue, which is as dexterous as the human hand. In contrast, Lickilicky’s use of its fingers is clumsy.

Happiny’s willing to lend its precious round stone to those it’s friendly with, but if the stone isn’t returned, Happiny will cry and throw a tantrum.

This species was once very slow. To protect their eggs from other creatures, these Pokémon became able to flee quickly.

Whenever a Blissey finds a weakened Pokémon, it will share its egg and offer its care until the other Pokémon is all better.

It looks for a Mr. Rime that’s a good dancer and carefully copies the Mr. Rime’s steps like an apprentice.

It’s known for its top-notch pantomime skills. It protects itself from all sorts of attacks by emitting auras from its fingers to create walls.

Mesprit is a member of the Legendary Pokemon trio known as the Lake Guardians. They do not evolve from or into anything else. It is only partially pink.

Late at night, it appears beside people’s pillows. As it feeds on dreams, the patterns on its body give off a faint glow.

It drowses and dreams all the time. It’s best to leave it be if it’s just woken up, as it’s a terrible grump when freshly roused from sleep.

This Pokémon has a kind heart. By touching with its feelers, Audino can gauge other creatures’ feelings and physical conditions.

Fishermen take them along on long voyages, because if you have an Alomomola with you, there’ll be no need for a doctor or medicine.

A scent pouch within this Pokémon’s body allows it to create various scents. A change in its diet will alter the fragrance it produces.

The scents Aromatisse can produce range from sweet smells that bolster allies to foul smells that sap an opponent’s will to fight. 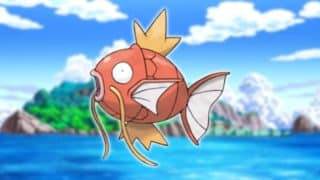 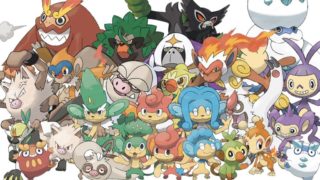 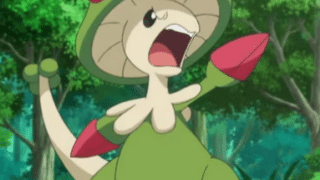 All Mushroom Pokemon From Every Generation 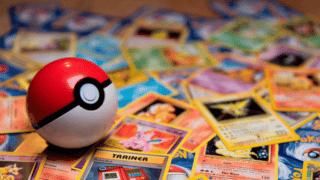