Learn how to beat the Mortimer Freeze Boss in Cuphead – The Delicious Last Course!

The challenges in Cuphead Delicious Last Course are not for the faint of heart. You’ll have to spend hours getting past the tricky moveset of each boss as you make your way through the various islands. But you’re not alone as we’re here to guide you through to make things easier! This guide will discuss the Mortimer Freeze boss fight and everything you need to know to get that sweet knockout!

Who is Mortimer Freeze?

There are three total phases/stages to the Mortimer Freezer fight that you must complete to beat the boss. When you reach Mortimer Freeze’s lair, you’ll face him in an arena surrounded by snowmen.

The boss will shapeshift into various forms throughout the phases. In the first phase, he’ll be a flying wizard who’ll dish out aerial attacks. The next phase is a ground fight where the wizard transforms into a snowman. Finally, the last phase, which tends to be the trickiest, will be the Mortimer Freeze attacking you as a snowflake.

We’ll break down each form and what you need to do to overcome them!

As mentioned earlier, in the first phase, the boss will try to throw out aerial attacks as it floats around in its wizard form. He primarily has three moves that you need to look out for.

The first move is where he summons little ice minions that will begin walking towards you. They are relatively weak; you can take them out with a few hits. Whenever you see the wizard throw them out at you, prioritize taking them out, or you can get cornered quickly.

The second attack is a projectile attack consisting of a crystal ball that throws out cards. These cards come in a straight line, but the good thing is that he can’t throw more than one at a time. But be careful as he can throw out another card after a few seconds. Additionally, these cards can be pink, allowing you to parry them.

Lastly, his third attack lets him stop in midair and unleash an orange whale into the ground. It can be pretty hard to dodge if you don’t look out for it. Luckily there’s a long wind-up that telegraphs the move, allowing you to move to the side and escape the impact.

In the second phase, Mortimer Freeze covers himself in the snow to turn into a snowman and gets three new attacks.

The first attack has Mortimer rolling or jumping from one side of the arena to the other. If you stand in the middle of the arena, you should be able to jump over the attack to dodge it. You’ll know the move is coming when the snowman leans its head and crouches.

As for the second attack, Mortimer will turn into a fridge and shoot out ice cubes that project into smaller pieces and bounce around as the cube hits the ground. You can bait Mortimer into shooting the cubes closer to him, and once it breaks into smaller pieces, you can go to the other end of the arena and keep shooting as normal. However, you’ll also have to deal with flying ice cream sticks that the freezer might release from time to time. You can parry the pink one and shoot down the others with ease.

Lastly, there will be an attack where the snowman will slam to the floor with its hand, summoning swords. The swords can be seen marked on the ground before they come out, allowing you to get out of the way.

The third phase will have you on rotating platforms while Mortimer flies around you inside a snowflake.

The first attack during this phase will be projectile buckets. They’ll transform into three moons flying in crescent patterns as they touch the edge of the screen and bounce back, so be careful. You’ll be able to predict the attack as Mortimer will show his hands as he creates the objects.

The next attack is something you cannot destroy, so your only hope is to dodge it. The snowflake will summon spirits as its soul comes out of the snowflake while executing the attack. Four heads with cones will project into a straight line, damaging you if you get too close. You can predict their line of trajectory through sparkle-like particles.

In the final attack, Mortimer shoots out an eyeball. The eyeball explodes a vertical lightning beam every few seconds as it moves around in an irregular pattern. The best counter for this attack is maintaining as much distance as possible due to its unpredictable nature.

After you defeat Mortimer Freeze, you’ll get the Icy Sugar Cubes as a reward. And with that, you know everything about the Mortimer Freeze boss fight. It’s a tough one with all the different phases and movesets, but it can get a lot easier once you know what to expect! 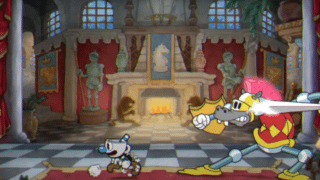 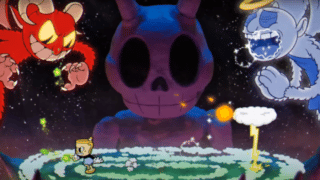 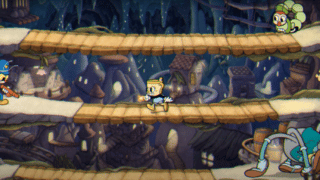 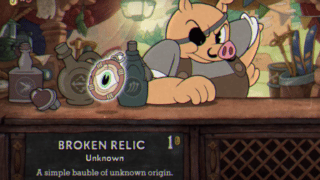 How to Solve the Cuphead Graveyard Puzzle – The Delicious Last Course