Note that I don’t claim to have the best or perfect way to create Japanese buildings, this guide is purely meant to help and inspire anybody who wants to build something in a Japanese style.

To build Japanese structures I only use a few main blocks, with various other blocks to add details. Cobblestone, white wool, dark wooden planks, logs and fences make up most of my buildings. Red wool is used by many people as well, though I prefer to use it as little as possible, as it’s a prominent colour in the Chinese building style, which look similar, but aren’t the same. However, I do use red wool for pagodas and torii’s (arches).

Most of my buildings will have the same types of structures, just with slight alterations to make each one look more distinct, especially the more important buildings.

As mentioned, my buildings are often similar in structure, but different in looks. I tend to mostly only build 1 floor buildings, I find they look better overall and it makes any larger building, like a palace or temple, stand out more.

However, the extra floors on taller buildings are build in the same way as 1 floor buildings, though sometimes with slight alterations to make it all look better on this scale.

When I start building, I usually create a layout first, by placing a dark log every 4 blocks. These will be the edges and dividers of the wall sections. Wherever I want a door, I usually only leave a 1 block gap between 2 wood blocks. This means the symmetry on the other side will be off, unless you also build a door on that side. However, I rarely build a door on both sides of a building, so I fix the symmetry by simply altering the wall sections. Instead of having 3 block gaps between the wood blocks, I change a few of them to either 2 block or 4 blocks gaps, whichever makes it look symmetrical again.

Once I’ve finished the layout, all the wood blocks will be topped with 2 more wood blocks and the gaps in between will be filled with white wool. On some buildings the middle wool layer will be replace by fences, this creates good looking windows.

I never place a door, not on the outside nor in the rooms on the inside of the building. It just looks odd and I personally think it feels more Japanese, as they’d usually have sliding (rice paper) panels instead.

The walls of buildings, like a lot of things, are often minimalistic. I mainly use 2 different types of walls. One made purely out of white wool and dark wood. The other is made with dark wood and dark planks. Cobblestone also works great as a base for the walls, especially on military buildings.

I often see people use ladders or fences to recreate the rectangular effect of rice paper wall. However, trapdoors work way better. Unfortunately, only 1 trapdoor can be placed where corners meet, so I often plant some sugar cane in the corners instead (hide the water under the wall), which looks quite good, as it’s pretty much the same as bamboo.

Japanese roofs often start out flat and gradually end in a steep curve. Many buildings have several roof layers, though they’re sometimes too close on top of each other, which makes it impossible to recreate those in minecraft. However, pagodas and other layers can be created easily.

Japanese roofs also tend to have a steep curve in the middle than at the corners, which makes them a little wavey.

Many people build the corners of the roof in an upward curve, which technically isn’t wrong, but it wasn’t used very often in real life. Those steep corners are a Chinese style. The corners of Japanese roofs either have a slight upward curve or they’re simply a normal roof corner, as seen in the examples below.

I usually create a 2 block overhang, which adds to the cosy feel in smaller streets. However, on taller buildings I only let the roof hang over by 1 block, as 2 blocks looks terrible when viewed from a lower positions.

City Walls and Other Defensive Walls

I usually only use 2 different wall structures, though not always with the same blocks, one for the city walls and one structure for the smaller walls surrounding important buildings and districts.

The outer city walls are often build on a stone base to add height. Like the other buildings, my walls are made with cobblestone, dark wood and white wool.

I also use these larger walls when my city is enormous and consists out of many layers. Those of you who have played Shogun 2 will probably remember the multiple layers of Kyoto.

I use smaller walls to surround important buildings, like the palace and the homes of clan leaders. These walls are build with white wool, dark logs and cobblestone stairs and blocks, though I’ve tried several variations, as seen in the examples below.

Trees, Gardens and Other Flora

The first tree pretty much anybody will think of is, of course, the cherry tree with its pink blossoms. This tree can be made with pink wool, though it doesn’t look too realistic on its own, depending on the texture pack you’re using. However, when it’s part of a city or landscape, the pink tree blends in pretty well with the other buildings and decoration. I build the cherry tree in the same way as I build oak trees, full details are found in this guide.

Other trees are pretty much just slight alterations of normal trees (as seen in the tree building guide), like oaks and willows, as it’s pretty much impossible to add specific details on smaller trees.

I only use 3 different Japanese garden styles, the rock garden, the stylized plant gardens and court gardens.

The rock gardens are fairly easy to build. I tend to only use cobblestone, as it makes the garden look a lot more tranquill, which is the whole point of the garden. The ground is made with sand, though clay works too.

The stylized gardens are quite difficult to build, because in real life they’re pretty much mini versions of normal landscapes. Though with a little creative placement of flowers, logs, water features, leaves and other decoration blocks, creating a stylized garden should be achievable.

Torii gates are gates which mark an entrance to sacred grounds (usually shinto shrines). They can vary greatly in size, sometimes they’re as big as 3 story buildings, which makes them perfect for minecraft, as it’s a lot easier to build a good looking, huge torii, than it is to create a good looking, small torii.

A torii is often red, with a block cover on top. But other variations are not uncommon, which are often a little easier to recreate in the default texture pack, as there are no black slabs to cover the red torii version, though cobblestone works well enough. The black cover can also look a green-ish colour, depending on the materials used and how far those materials have rusted or otherwise deteriorated. 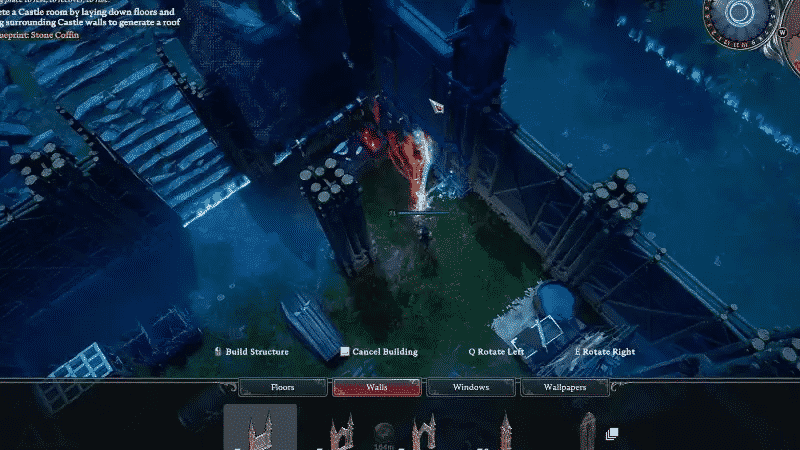