In our Tower of Fantasy beginner’s guide, we’ll be going through character roles, combat, food, PvP, questing, mimics, and so much more. Let’s get started!

Towers of Fantasy is a free-to-play, open-world action RPG set in gorgeous post-apocalyptic Aida. Since its release back in August, the game has been making daily headlines. Like most MMORPGs, starting it can be daunting due to the vast variety of decisions and options to choose from.

In this guide, we’ll be going through character roles, combat, food, PvP, questing, mimics, and so much more. So without further ado, let’s jump on the bandwagon!

Tower of Fantasy offers a myriad of customization options to spice up your Wanderer’s look. If you already have a character from a previous run-through, you can pull up their preset from the bottom right.

An important thing to note here is your character’s gender. Be careful when choosing your gender as you cannot change it later. However, you can change your appearance later, but it will cost 100 dark crystals.

Similarly, choose your character wisely. You can only go through one character in one full run, and switching characters means starting their progress separately. However, later on, you can collect far rarer and more powerful characters, with unique ultimates, passives, and skills!

Tower of Fantasy features a revolutionary RPG combat system. Each Wanderer has their own special set of skills and attacks, and so does each weapon.

Likewise, there are four different damage types with their unique effects. These include Grievous, Fire, Lightning, and Ice.

There are 12 weapon types ranging from scythes to cubes, each having unique strengths and weaknesses.

There are three weapon rarities. R in blue, SR in purple, and SSR in orange.

Food is a vital game mechanic in Tower of Fantasy, allowing your Wanderer to level up and use their abilities in fights.

Ah, the fun stuff. PvP in Tower of Fantasy is chaotic, fun, and highly addicting. There are three game modes to choose from:

PvP is skill-based in Tower of Fantasy, meaning you will only be paired up with opponents at your level. Additionally, all weapons and characters are maxed out for PvP to flatten the equipment gap, but no Mimics or Advancements are allowed. The healing rate is halved by 50%.

Rewards in Tower of Fantasy are given according to rank: the higher your rank, the better the rewards. Play PvP to earn up to 500 dark crystals!

Quests in ToF can be completed for different rewards and boasting rights.

In essence, there are three types of quests in Tower of Fantasy:

Quests also have unique levels, going from C to S. The higher the quest level, the greater the rewards and the quest difficulty.

Grind Quests to gain equipment and XP; advance quickly within Aida and secure a place at the top of the leaderboards!

You can level them, upgrade them, change their rarity – from SR to SSR – and switch to the mimic themselves.

These mimics have special abilities of their own and evolve to become more powerful as a fight goes on, becoming very aesthetically pleasing and destructive beyond your wildest imaginations.

Upgrades in Tower of Fantasy can happen in three ways:

Either you can spend Gold to Enhance your weapon directly. This is the primary method since Gold is the standard currency and therefore easier to get.

Finally, you can also gain Ascension Advancements for your weapon over six levels. Find Fusion Cores to unlock its full potential!

Now that you have a solid understanding of how Tower of Fantasy works, you should start by completing all main Quests, grinding for dark crystals, and finishing all Daily Quests every day.

Try out all the weapon types, damage types, and characters to see which one fits you best. Use your jetpack well, and time your dodges to freeze time itself. Practice, and increase your weapon and character proficiency. In a game like Tower of Fantasy, it takes a while to learn the characters! 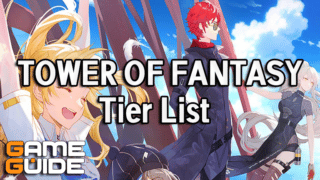 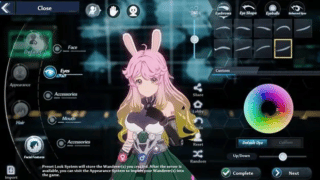 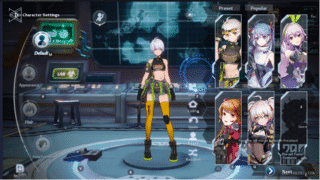 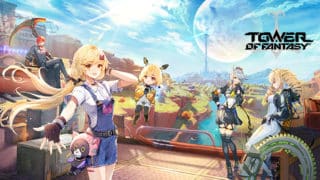