To unlock Arcanas, you must first find and pick up the Randomazzo Relic in the Gallo Tower. From then on, you will be prompted to enable or disable Arcanas during Stage Selection.

Below is a breakdown of all the currently available Arcanas, how to get them, and what they do.

Automatically awarded upon finding the Randomazzo.

This arcana doubles every source of healing and triggers an area-of-effect (AoE) pulse of damage whenever your character is healed. This burst of damage is triggered by passive health regeneration as well. The Sarabande makes builds that want to capitalise on healing go from barely viable to extremely efficient.

Awarded upon defeating the final enemy in Cappella Magna.

Game killer halts experience gain and causes XP gems to instead turn into exploding projectiles. Furthermore, treasure chests always contain at least three items. This means your character cannot level up. However, your character still has their starting weapon and may purchase items from the Glass Vizard. Only activate this Arcana for a challenge!

This Arcana essentially buffs many of the AoE damage-dealing weapons. It lowers the cooldown of Garlic, Santa Water, Lightning Ring, the Carréllo, as well as their upgrades, while your character is moving. This has great synergy with any build that wants to capitalise on movement and AoE damage.

Awake improves the Revival mechanic. It grants you +3 Revivals, which means that Krochi with a Tiramisu could have up to 6 Revivals with this Arcana active. Upon using up one of your available Revivals, you gain a bonus to your damage, maximum health, armour, Area, Duration, and Speed. This Arcana basically rewards you for dying. It’s recommended that you do actually die at least a few times while holding this card, so that your character can gain these benefits.

Chaos in the Dark Night

This Arcana changes projectile Speed continuously between -50% and 200% over ten seconds. Essentially, some of the time your projectiles will be super fast, and at other times slower than normal. On average, your projectile speed will be increased, however, it’s worth noting that this effect is not useful on most weapons.

Iron Blue Will improves the Knife, Axe, Phiera Der Tuphello, Eight The Sparrow, the Carréllo, and their upgrades with the exception of Phieraggi, by causing their projectiles to bounce from enemy to enemy up to three more times. A decent boost to the listed weapons if you plan to use them.

Adds an extra projectile to Bone, Cherry Bomb, Carréllo, and Celestial Dusting, as well as to your character’s starting weapon and its upgrades. A terrific Arcana that should be selected every game!

This Arcana works the same was Iron Blue Will, granting additional bounces to the Magic Wand, Fire Wand, Cross, Carréllo, and their upgrades. The Magic Wand and Fire Wand are already considered top tier, so this Arcana is a great choice if you plan to use these weapons.

This Arcana adds a chance for the Magic Wand, Runetracer and their upgrades, as well as Eight The Sparrow, to freeze enemies. Freezing enemies is by no means necessary to win, but it can get you out of some tough spots and boost your defences.

Slash enables critical hits for weapons which otherwise do not have that stat. It applies to Knife, Whip, Axe, Heaven Sword, Vento Sacro, and their upgrades. Critical Hits rely on luck, so this build can be a bit hit or miss, but overall definitely shores up some of the weaknesses that these weapons have.

This Arcana works similarly to Chaos in the Dark Night. Overall Duration of weapon effects continuously changes between -50% and +200%, affecting weapons such as Runetracer, Bone, and Song of Mana. Duration isn’t used by other weapons, but it does greatly improve those three. If you plan on running them, Lost & Found isn’t a bad choice, but it isn’t amazing either.

Similarly to Lost & Found, this Arcana causes Area to continuously change between -25% and +50%. This affects AoE weapons such as the Lightning Ring, Axe, Fire Wand and more. Area is a great stat, so if you’re going for a build that takes advantage of area-of-effect, this is a solid Arcana pick.

Heart of Fire causes projectiles from the Fire Wand, Hellfire, Phiera Der Tuphello, and Valkyrie Turner to explode. The Character also explodes when damaged. This Arcana is highly recommended if you plan on running the Fire Wand.

Awarded upon reaching 31 minutes in the Mad Forest.

This unique Arcana will pool all standard stage items, pickups and light sources towards the character every two minutes. While this is very useful, it doesn’t improve your survivability or damage like some of the other Arcanas do, so it’s up to you to decide if it’s worth it!

Awarded upon reaching 31 minutes in the Inlaid Library.

This Arcana allows you to trigger the Gold Fever event much more frequently and gain more coins than usual. Pick this up if you’re specifically playing to try to earn more money.

Awarded upon reaching 31 minutes in the Gallo Tower.

Out of Bounds adds damage to the CLock Lancet by causing frozen enemies to explode. It also increases the drop rate of Orologion, applying the same benefit to the freeze it causes. It’s worth noting that this Arcana sadly doesn’t synergise with the Jail of Crystal card. If you’re trying to form a build around the Lancet, this is an Arcana you should absolutely grab.

Awarded upon reaching 31 minutes in the Dairy Plant.

This Arcana grants you +3 Rerolls, Skip, and Banish, as well as a +20% bonus to damage and -8% Cooldown for each active weapon slot left empty. The build encourages you to carry less weapons than the maximum six. Not recommended for casual games, but fun for a challenge. 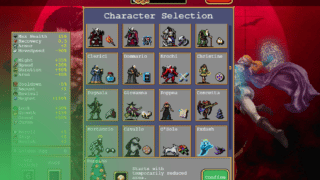 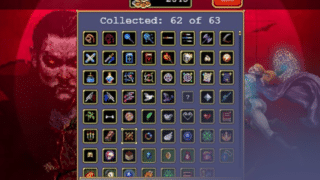 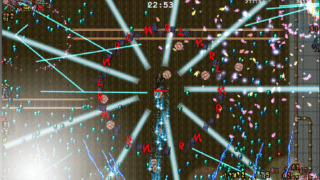 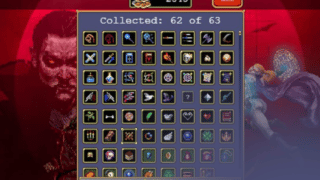