Elden Ring is an open-world and non-linear RPG. The optimal route isn’t always so clear. Here’s the best Elden Ring progression route to take in the game.

The game has a plethora of epic bosses to fight, and not all of the bosses are needed to complete the main story. Although previous From Soft titles were somewhat non-linear, they do not compare to Elden Ring in the freedom it offers. You only need to defeat two sharbearers to become Elden Lord.

The best progression route for Elden Ring is:

If you want to progress quickly and finish the game, follow this progression route.

As you emerge into the Lands Between, you will first step into West Limgrave and be met with the Tree Sentinel. We recommend you skip him for now, as you are unprepared for this fight. The Tree Sentinel also serves as your first lesson: if you are not prepared for the fight, you can always come back with better gear.

Rest at Site of Grace in Church of Elleh. Make your way to Gatefront ruins. Collect the loot from this location and farm enemies to level up your character.

To reach Stormviel Castle, enter the giant gate near the Gatefront Ruins camp and keep on moving forward.

You will first encounter Margit. Margit is considered the first main boss in the Elden Ring. It will be a test of your skills, so come fully prepared.

After drafting Margit, you can now enter Stormveil Castle. The next hurdle is Gordrick The Grafted. He is the first shardbearer that you will encounter. Defeat him and make your way to Liurnia of Lakes.

Although this is the biggest region in the Elden Ring, it is Entirely optional. If you want, you can defeat Queen Rennala at Raya Lucaria Academy.

Now is the time to make our way to Lenydell. You can either use the Grand Lift of Dectus to reach Altus Plateau or travel through Ruin Strewn Precipice.

You must be continuously leveling up your character. This is a mid-game area enemies here are a lot more dangerous than in previous areas. You must be at least up to level 100 and have an upgraded weapon before continuing further.

Farm enemies, level up your character, and complete all the side quests in the area.

There are a couple of ways to enter Lyendell. Use whatever suits you best. You will encounter a Draconic Tree Sentinel at the entrance to the city either kill or run past him.

Once inside the Royal Capital, do not get lost; make your way to the Godfrey, The First Elden Lord fight. It is the shade of a once glorious warrior. Defeat him and continue moving further towards the base of Erd Tree.

Once you reach the capital’s top, you will encounter Morgott, The Omen King. After defeating Morgott, you must travel to the Mountain of Giants.

You will have to make your way out of Lenydell to forbidden lands, and from there, you will reach Mountaintops of Giants. Continue moving forward, and eventually, you will encounter the Fire Giant.

Fire Giant deals massive damage and has the most HP of any boss in Elden Ring. Defeat him and light the Erd Tree at Forge of Giants. After the cutscene, you will be teleported to Crumbling Farum Azula.

Maliketh can only be accessed after defeating God Skin Duo. It would help if you used spirit summons for this fight to even the playing field. After defeating them, make your way to Maliketh.

Maliketh, the black blade is the true testament of your skills. He is the second most difficult boss for many after Malenia. Defeat Maliket and the Erd Tree will be fully burnt.

The Erd Tree is finally down, and we are in the final part of the Elden Ring. Make your way back to the Elden Thorne Site of Grace.

On your way back to Erd Tree, your first boss encounter will be Gideon Ofnir, The All-Knowing. He is an easy boss, kill him and continue moving.

At the base of Erd Tree, you will find Godfrey, The First Elden Lord, in all its glory. Defeat him, and you will finally come face to face with the final boss of Elden Ring.

There are two phases to the final boss of Elden Ring. In the first phase, you fight Radagon of the Golden Order.

After defeating Radagon, The Elden Beast appears. Defeat the Elden Beast, and you can finally choose whatever ending you like. 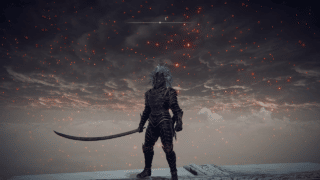 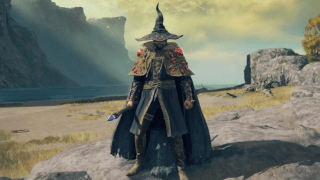 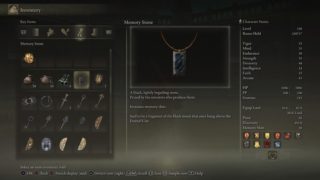