Elden Ring features a multitude of weapons that aid you in battling through your way to the final boss. While most of them tend to have similar performance levels, certain items become unintentionally strong to the point where they feel unfair to play against.

Elden Ring: Why is Uchigatana so Good?

The Uchigatana is one of the prime early game weapons that possess insane value in terms of DPS and maneuverability. This weapon paired with the Bloodhound’s step is a menace in both PvP and PvE in the mid and later stages of the game.

Aside from the mentioned benefits, the Uchigatana is a starter weapon. Therefore, you don’t have to go through any extra steps in order to obtain it.

In this article, I will show you why Uchigatana is so good in Elden Ring, along with the viable classes that benefit the most from it. Therefore, let’s dive in and get started!

What Makes Uchigatana So Efficient?

The Uchigatana starts with a total of 115 physical damage per attack. While this might not seem much to a late-game player, it’s insanely lethal against bosses in the early game.

Furthermore, it is a katana – so while you still need to be in melee range, the length of the weapon makes it extremely easy to dodge most point-blank attacks.

Most katanas in Elden Ring scale primarily with Dexterity. Compared to that, the Uchigatana can pivot well in both Strength and Dexterity-based builds.

While Unsheathe is an ability replicable by the Ashes of War, its potency is no joke when it comes to early to mid-game combat. It deals poise damage ranging from 15 to 30, depending on the type of attack.

In spite of this, the skill isn’t particularly known for its early game poise damage. Rather, it is the versatility that comes with Unsheathe that makes it so good.

Is Uchigatana Worth Upgrading?

Yes, the Uchigatana is worth the upgrade due to its insane damage. With standard stats, its scaling is limited to STR and DEX. However, the weapon can be infused with Ashes of War, thereby making it the prime target of all kinds of funky builds.

For example, the Heave Ashes of War can push the Dex scaling to an A. Consequently, the weapon can deal 281 base damage at +25. Therefore, we would recommend investing in it until you find a better late-game weapon.

Being one of the fastest weapons in the game, the Uchigatana can deal multiple attacks in succession against enemies with standard weapons. Add that to its default blood loss buildup of 45 and the bleed stacking can turn out to be pretty deadly.

Furthermore, the ability to do Powerstance with other Katanas enables it to shred even the tankiest of HP bars with minimal effort. However, this blood loss buildup cannot be upgraded. Therefore, you might want to invest primarily in damage.

How to Obtain Uchigatana

While the weapon will be available to you by default, given you’re playing the Samurai class, it can also be found in the Deathtouched Catacombs. They’re located in the Stormhill, Limgrave. Furthermore, the weapon is located on a hanging dead body near the halls.

With that being said, you can also use the Elden Ring online Map from the mentioned link.

All in all, the Uchigatana is an extremely versatile weapon that can be used in most stages of the game. The katanas are a great weapon type in Elden Ring due to their innate length and lethal damage. However, the Uchigatana one-ups that by adding feasibility and efficiency into the mix. 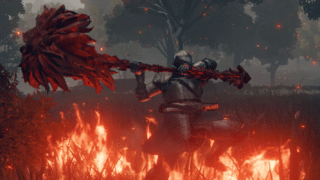 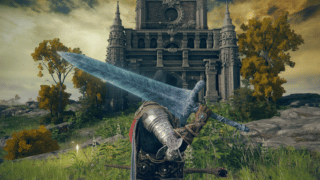