Here is our complete Diablo Immortal 1-60 leveling guide! Learn how to reach max level in the best and fastest way possible.

Leveling in Diablo Immortal can actually be a bit tricky, especially when compared to the likes of Diablo 3 where you could easily reach the max level in about 1 to 2 hours.

The campaign story alone is not enough to level 1-60. Instead, you’ll need to do a range of different activities for your battle pass in order to fill in the level gaps.

Pretty self-explanatory, but the first thing you should aim for is to complete the story quests. This might not be the fastest XP per hour, but you need to do them anyway. And besides… they are one of the main enjoyments of the game.

However, the campaign won’t grant enough XP and there will be certain points where it will say “You need to be level XX to proceed”.

The exact gated levels are usually:

That’s where the next parts of this guide come into play.

Using the Battle Pass to Level

The Battle Pass is the key to leveling in Diablo Immortal, not just 1-60, but also for paragon levels at endgame.

The way it works is that each Battle Pass level will reward a huge amount of XP.

You level up your Battle Pass by obtaining Battle Points from activities listed in the Codex.

The Battle Pass points per activity are:

Note: You can “Rank Up” your Battle Pass with 150x Eternal Orbs (Store Currency), however, this will not grant any XP as it’s a separate thing.

There is also a cap on the amount of Battle Points you can obtain per week, but this is irrelevant for leveling as you won’t reach it without being 60 by then.

A great combination of activities to do is Bounties and collecting Monstrous Essence at the same time. Essences aren’t that rare and all of the bounties are kill quests, so you’ll just passively obtain them.

Make sure to always hand Monstrous Essence in once you reach 10 of them as there’s a cap on how many you can hold at once. There are Altars in most zone camps or in Westmarch.

Spamming dungeons is generally considered to be the best way to level in Diablo Immortal. Not only that, but each dungeon can drop important set items for your class, so farming them is something you’re going to need to do anyway.

Monstrous Essence can drop from any mob, therefore you can effectively farm it anywhere, with the best places being zones with high mob density. Trying to find a place where people aren’t doing Bounties can help as well, although it’s not easy.

The best zones are to farm Monstrous Essence are:

Elder Rifts aren’t really great for leveling, as you only get 8 Battle Points for one. However, if you’ve got any crests then they are worth doing.

Great guide, helped me out a lot, this is only my second diablo game and i never got serious on my first one. Very happy with what this has taught me, thanks to who made it. 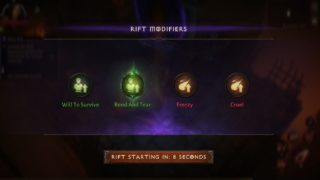 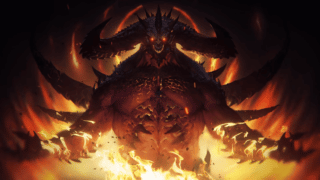