Once a Priestess of Athena, Medusa attracted the attention of Poseidon and broke her vows by falling in love with him. This caused a curse to give her the Snake-like form that she now holds forever.

Cleopatra (or Cleo) is an excellent DOT (Damage Over Time) damage dealer that likes to poison her enemy every chance she gets. As the enemies stack poison, she gets to reduce their healing and damage them, until she finally blows them up with her ultimate. She is best used in situations where you want to AOE enemies while grinding them little by little. She can also work very well during Boss fights with minions. It is a shame that her poison cannot be stacked further even after transfer from another enemy, as that could make her a great hero to grind bosses.

Her weapon allows her to increase her Crit by 3% for every stack of Snake Poison on her attack target, deal 35% extra Crit Damage to enemies with 5 or more stacks, and add another stack to enemies that receive a crit, and also transfer their stacks to nearby enemies upon death. Her weapon’s stats are biased towards Health and Attack while forsaking Defense and Crit.

Her kit is made of 2 actives and a passive. Her first active summons totems with 50% of her Health that can attack up to 2 enemies and continuously deal poison damage every second. Her second active casts a poison mist over an area, dealing up to 75% damage to all enemies in the area each 2s. Her only passive allows her summons and her to keep stacking poison on her enemies on every attack, dealing up to 4% damage every second and reduce their healing received by 5% per stack (up to 10). Her ultimate allows her to deal up to 150% damage to all enemies and an extra up to 35% for each stack of poison.

Cleopatra is a special presence in the history of the realm. Known as the “world’s sexy siren,” she was a master of the art of seduction. Unlike many one-dimensional women around her, she never lost wisdom while possessing amazing beauty. She read many books, spoke many languages, and understood the cultures and tendencies of all people.

The name Cleopatra means “glory to the father” and this clever and resourceful woman’s name has resonated throughout history for a reason. Her story begins with her father’s death. Afterwards, her brother was too young to assume the throne, so Cleopatra saw an opportunity to seize power for herself. She was only 18 but the Roman Emperor Julius Caesar was staying in the Egyptian capital at the time. Not being the formal leader and unable to ask for a meeting, she had to be creative. She prepared herself in her finest dress and had her servants roll her into a rug. Caesar was told that the rug was a gift, and it was brought in front of him. They then rolled her out onto the floor. Cleopatra gracefully glided off her side and coiled her body up like a snake. She then locked her eyes onto his. Caesar would end up staying with her for years, making her the Egyptian Queen and providing her an heir. Although Caesar would be later assassinated, she simply manipulated his successor, Marc Antony, afterwards. It was easy for her. Who is the most powerful? The leader, or the one who can make the “powerful” do whatever she wants?

If all of that wasn’t enough though, Cleopatra can also communicate with the Gods through her priests. Additionally, she monitors all of Egypt through her spy network, known as “The Desert Snakes.” Recently, these spies have even spread their network beyond Egypt. Cleopatra is very ambitious, and she is looking to rebuild Egypt into a superpower for the ages to remember.

For every stack of “Snake Poison” on target, increase Crit Chance by 3% when attacking those inflicted.
Unlock when Attributes reach: 100

When an enemy inflicted with “Snake Poison” dies, their stacks will be tranferred to all nearby enemies.
Unlock when Attributes reach: 300

Increases Crit Damage dealt by 35% to enemy(ies) with 5 stacks of “Snake Poison.”
Unlock when Attributes reach: 400

Cleopatra deals 100% damage to all enemies. For every stack of “Snake Poison” on individual targets, the damage dealt increases by 25% for each stack.

Cleopatra summons a Viper Totem in front of a random target. The Totem has 100% of Cleopatra’s Attack, Defense and 50% of her Health. The totem releases poison to deal 35% damage to the enemy.

Cleopatra casts a poisonous fog into the area with the most enemies. Every 2s, it deals 60% damage to enemies within for a total of 8s.

Every time Cleopatra or her summons deal damage, inflict 1 stack of “Snake Poison,” which lasts for 10s. “Snake Venom” can be stacked up to 10 times. Each stack deals damage equal to 3% of Cleopatra’s Attack every second. 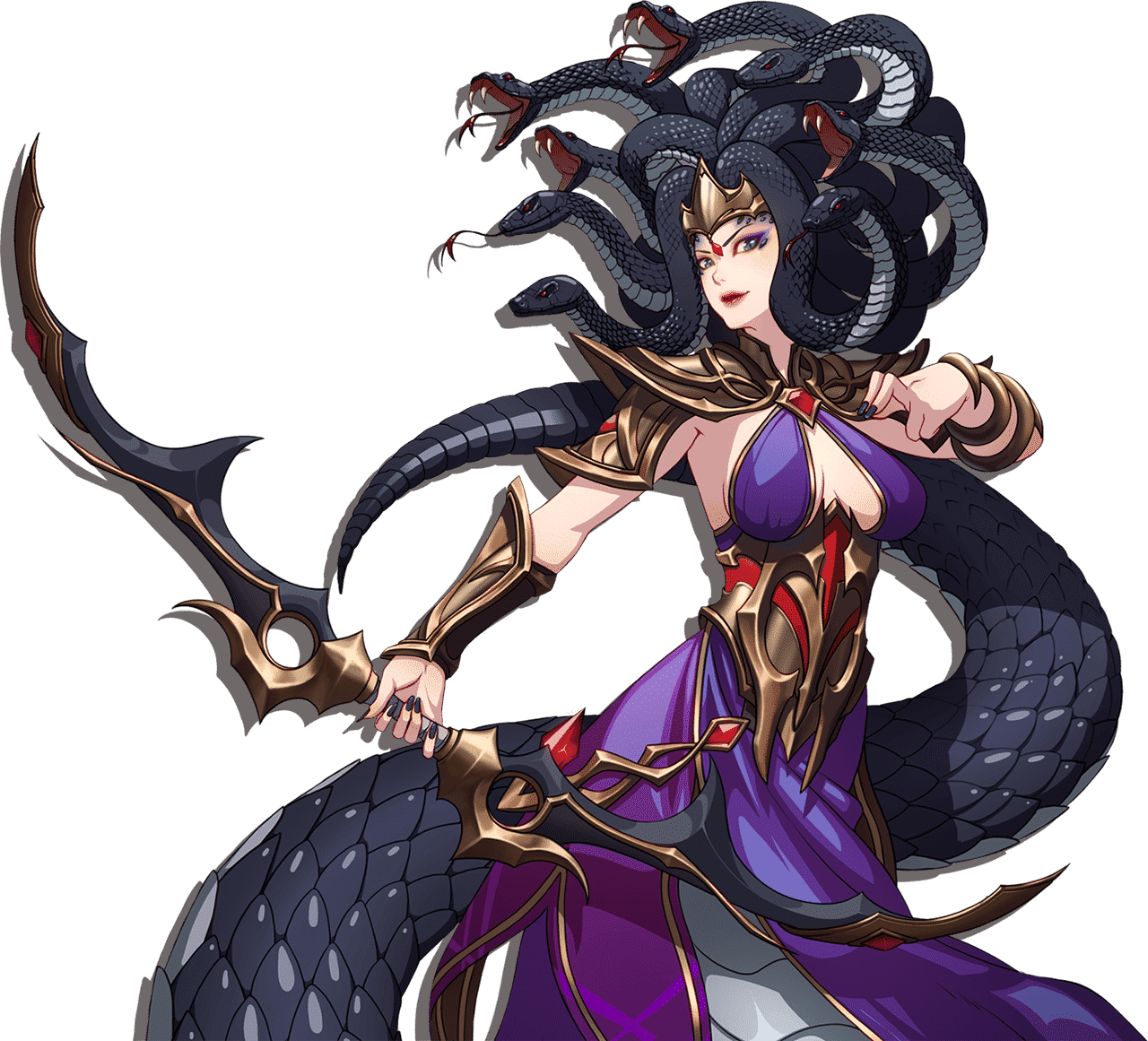