What does the Key Swallowed by Mimic do in Lost Ark? The item is not very valuable in Lost Arc as it has no specific function.

Lost Ark has become one of the most-played RPGs (Role Playing Games) in today’s time.

It is among the massively followed multiplayer online RPG games from Smilegate and Amazon Games. The Korean game became a hit shortly, with more than a million people watching Lost Ark streaming to earn in-game items or playing it themselves.

One of the in-game items in the game is the “Key Swallowed by Mimic.” And many players wonder about the utilization of this item.

The Key Swallowed By Mimic does nothing and is not a valuable item in Lost Ark. However, you can sell it for 1 silver if it means anything to you.

What is The Key Swallowed By Mimic?

You can quickly obtain “The Key Swallowed by Mimic” in the game by killing the Mimics. They are found in Nevatia Ruins in Ozhorn Hill.

They are in Yudia near Luterra and Rethramis. You might not find Mimics in groups, unlike other enemies. Instead, they are often present near old crates and debris along the walls of the Nevatia Ruins.

While it is not guaranteed that you will receive a Key from each Mimic, they drop in abundance. Besides the Key Swallowed by Mimic, the players can enjoy various quests and treasure chests through other items obtained in the game.

Understanding the different classes and how to unlock them will help you do better in the game. You receive items with higher item levels on moving forward. Besides the peculiar key Swallowed by Mimic, there are various other items that you may explore on your own.

But, let us first tell you the purpose of The Key Swallowed by Mimic.

What Does The Key Swallowed By Mimic Do In Lost Ark?

While you may be excited to receive the key Swallowed by Mimic in the Lost Ark, we are saddened to tell you that it is not a valuable possession.

Most new players obtain the key by fighting Mimics in Ozhorn Hill; however, it does not have any particular function.

You cannot open any secret chest with the key Swallowed by Mimic; neither is there any quest to follow. The key does not hold a high value, and you can only sell it for a small amount of silver.

While some might be disappointed knowing it is futile, many think something is better than nothing!

So, if you are looking for a high-value item in Lost Arc to improve your game and get more points, The Key Swallowed by Mimic might not be of much help.

As you learn about the game, you may receive Harmony Shards, gears, and gold as rewards. You may also sell valuable things like raid commander, heavy armor, grudge, class engraving, and spirit absorption to get a high amount of gold in return which is a much higher-value item.

What Does The Mimic Key Do In Lost Ark?

Sadly the mimic key in Lost Arc is of no use whatsoever. You may sell it for one silver and keep it in your inventory.

How Do You Get Mounts In Lost Ark?

You can get the Soul/ Tiger Vanguard Mount in level ten of the Ark Pass.

Can You Tame A Mimic In Lost Ark?

It is not the best idea if you want to tame a mimic in Lost Ark. They are not the friendliest creatures and are well-known for biting for food.

However, having a snack-rifice like porridge may help you tame them.

As Lost Arc has recently become one of the highly-played and streamed RPGs, players are interested in learning more about it.

One of the most common queries is about the roles of various items like the guardian stones, fragments, shards, and the Key Swallowed by Mimic.

If you are also wondering, what the Key Swallowed by Mimic does in Lost Ark, we are saddened to tell you that it does not perform any particular function.

The key is a low-value item that you can trade for one silver only. 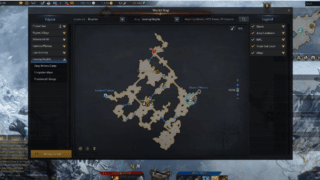 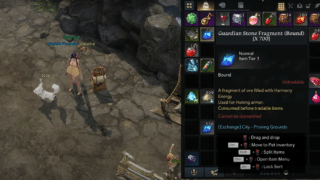 How to Farm & Get Guardian Stone Fragments in Lost Ark 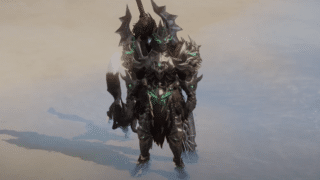 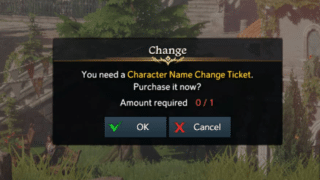