As we said in our previous guides, having the right defense is very crucial for you to win games, and it’s the first step to having a reliable and trustworthy team. The LB and LWB positions are also an integral part of the defense. Therefore it is only right for us to show you the best young players that are available in this position for you to sign.

Furthermore, there are only so many players you can have in your rotation, so picking the right ones can be a tricky and difficult task for you, just like for any other position. So, let’s cut right to the chase and bring you the best 10 Wonderkids that play the LB and LWB positions in FIFA 22.

Aude is currently playing in his homeland but could soon be snatched from a high-caliber club. Julian is a cheap, young player that has a low OVR score, but the potential is there and he’s shown signs that he can successfully play in the CDM role as well, so the versatility is present in his profile. With the decent points he has in Agility, Balance, and Acceleration, along with the potential he possesses, Aude can be developed into a strong presence in the defensive part of your dream team.

Balde is a young player that may have an important role in the rebuild of Barcelona. However, he hasn’t been as utilized in this position due to the presence of Jordi Alba, so his talents are still on a “hold” when it comes to playing for Barcelona. Furthermore, his physique and the speed he possesses makes him a valued piece for a team that’s supposed to be in its full rebuilt form in a couple of years. As a good manager, Balde can be an integral part of your team if you know how to develop him properly.

Kerkez is a young talent that is currently playing alongside Wijndal in AZ. He hasn’t signed a proper contract yet, and you could take a gamble and develop this player into a defensive beast for your team! He’s available for an insignificant amount of money, due to his age and the fact that he is a minor, so the potential itself should be enough to give him a chance to prove himself!

A young, reliable player that can surely boost the defense of your team can be found in Wijndal. The 21-year-old stud has shown massive success playing for AZ and has been a very important piece of their rotation. Therefore, it’s only right for you to consider signing such a great player who has high skill points in Acceleration, Sprint Speed and Stamina, enabling him to endure attacks from the rival’s strikers. Apart from that, he also has high skills in Dribbling, Reactions, and Ball Control, so he has no worries when it comes to handling the situation under pressure.

Real Betis have been phenomenal this season in Primera Liga, and Miranda has been an essential part of that success too. He has provided an extraordinary defensive presence with his skills, and at only 21 years old, these performances haven’t undergone unnoticed. Therefore, as a good manager, you should consider having him in your rotation if you need a strong defensive presence for a good amount of money.

Netz is a hell of a young player that can be a great addition to your team, and his recent performance has proven that. Being recognized as a fast, agile player that can create chances with ease and escape his defenders, Netz is slowly but surely building himself a case as a reliable player in the LWB and LM positions. So, make no mistake that he should be high on the list of wonderkids that play the LWB position.

This young stud has shown immense progress in Bologna, and due to the cheap contract he currently has, he can be signed for a “bargain deal” in your team. This is why he’s drawn the attention of high-caliber clubs, such as Arsenal. Mostly utilized on the LWB position, Hickey has shown his versatility by playing the LB and LM positions as well. If you need a versatile player that can fill in multiple positions for a small amount of money, this is the right player for you!

Ait-Nouri can be played on both LWB and LB, making him a versatile player who lets his presence be recognized in the defense! He’s playing in the strongest league in the world, for a team that has decent results, so at only 20 years old, he can bring in a much-needed boost to your defense. For the money he’s being paid, he provides refreshment in the back and can also be present in the offensive part of the team due to his versatility.

Apart from his biggest strengths, if you look at Mendes’s profile, you might think that he is just an average young player. But, if you watched any game that he’s played for PSG, you’ll prove yourself wrong. Mendes has been phenomenal for the French champion and has had decent games for both the UCL matches and the League ones. His Stamina, Agility, and Reactions are also high, so the defense will be blessed with an awareness-like player.

Alphonso has been a complete blessing for Bayern Munchen and a pivotal player in their recent success. At only 20 years old, he has won the UCL, being a very important defensive and offensive presence for the team. Due to his speed and dribbling abilities, he’s able to escape the defenders in a quick manner and create possibilities with ease.

No doubt that Davies is the #1 choice for the LB position, as he can also be played at the LM with a little less success compared to the first one. The Canadian native will bring out his A-game every time you put him on the field!

This is a complete list of all young Left Backs with 83 potential or more.

We hope that this guide has helped you decide on your next signing that should play the LB or LWB role in your team. These are the young hopes of the leagues they’re representing, and they could bring a very refreshing start to your defense if you decide to sign them and give them a chance to prove themselves! 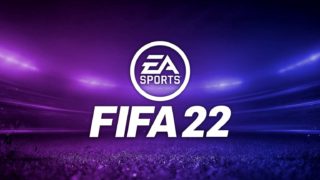