Death Knights are the newest class edition to Wrath Classic. Blood DK’s have incredibly strong self-healing, making them one of the easiest specs in the game to level. It might not be the fastest, but is practically immortal, so can easily solo things that many classes cannot touch.

Here are some great leveling specs for Blood DK. Keep in mind that they’re fully focused on leveling / open-world content and are not really ideal for raiding or PvP.

This is a relatively standard Blood DK build that picks up Heart Strike and Corpse Explosion.

You can also use Glyph of Death Grip instead for chain-pulling mobs.

This is a Blood DK build that utilizes Dancing Rune Weapon for leveling.

These are the notable glyphs to use for Blood Death Knights while leveling.

Keep in mind that this full priority rotation will generally not be used while fighting normal mobs.

As an Blood DK, you’ll generally want to be in Blood Presence for the extra damage while leveling. If you’re going to do a dungeon or an elite mob, then you can switch to Frost Presence.

Questie has become an essential component of WoW Classic. It will show every single quest, quest mob, and quest item on the map for you. It also has some extra features, such as announcing to the party when a quest has been completed, which is really useful when leveling with other people.

Without a doubt, this is the best leveling addon out right now. It’s a complete leveling guide for all classes and both factions. It now also includes 1-80 for Wrath Classic.

Just having an in-game addon to follow while leveling is already pretty useful, but having one that contains a fully tested and optimized route is on another level.

What makes RestedXP the best is that’s been made by the fastest leveling speedrunners in WoW Classic. These guys speed-level on Twitch for fun. They’ve regularly leveled in record time while on fresh servers, all while only following the in-game guide. The proof is in the pudding.

With that said, it’s a paid guide. Whether or not it’s worth your money is up to you.

The absolute best professions to use while leveling any character are Mining and Herbalism. You’ll be able to mine nodes and gather herbs while questing, making a ton of extra gold in the process. This is especially true on the release of an expansion as the prices for ore and herbs will be very high.

Once you get to level 80, or if you don’t really need gold, then I recommend picking up Jewelcrafting and Engineering. These are the two likely BiS professions for DPS classes in Wrath Classic.

Looking for more Wrath Classic guides? Check out these: 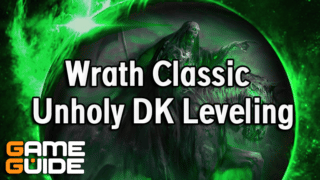 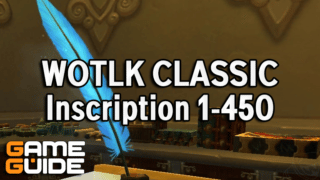 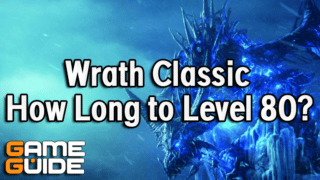 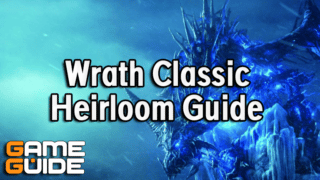