Here is our complete Elden Ring Best Katanas guide. Find out which of these powerful weapons are worth acquiring in the game.

In a game like Elden Ring, players are encouraged to step out of their comfort zones and experiment with various builds and weapons until something resonates with them. Even if you already know what you want, not trying out various combinations of weapons, magic, and armor takes a big chunk of the enjoyability out of Elden Ring. Katanas are a fan-favorite weapon in FromSoftware games, their popularity dating as far back as the early Souls games. Let us take a look at the best Katanas in Elden Ring.

While there are various other solid picks in Elden Ring, these Katanas have the best value in-game and some are powerful enough to obliterate anything in their path.

Curious to know how each of these made it onto our list? Keep reading to find out as we talk about each of the aforementioned Katanas in depth individually. Without further ado, let us check out the best Katanas in Elden Ring.

One needs plenty of evidence to back up such a tall claim of labeling a weapon as the best. However, each of these weapons is great, and either a particular pro or overall quality landed it on our list today. Here are the best Katanas in Elden Ring.

Katanas are a weapon in Elden Ring which are excellent for mid-range combat mainly dealing with Thrust and Slash damage. The moveset of these weapons is a big factor in their popularity. They are insanely fun to play around with and are some of the most adaptable weapons in Elden Ring. The Katanas are a personal favorite of Dexterity and Strength/Dexterity build players in Elden Ring. These can be infused with Ashes of War to alter them and convert them into powerhouses customized to your liking.

If all of that sounds appealing, check out the best Katanas in Elden Ring down below:

The Meteoric Orc Blade is a great Katana in Elden Ring that scales primarily with Strength, Dexterity, and Intelligence. This is a solid pick for players in Elden Ring. While it cannot be infused with Ashes of War, the Gravitas weapon skill is an excellent choice and the weapon is good enough to last you the entire game.

The starting weapon of the Samurai class is not to be taken lightly in Elden Ring. While it is humble compared to its flashier siblings, the Uchigatana is a fantastic weapon if you are running a Strength/Dexterity build. On top of great damage, an adaptable moveset, and a super cool flashy weapon skill, the Uchigatana is great for dual-wielding to decimate foes in Elden Ring.     You cannot write about Katanas and not mention the Uchigatana!

Also see: Elden Ring: Why is Uchigatana so good?

The Nagakiba is the glown-up Uchigatana. While both of the weapons are very similar, the Nagakiba offers a superior range which is great for PvP and PvE alike. Moreover, it comes with the Ash of War: Piercing Fang. The Nagakiba scales really well with Dexterity and is a powerhouse, especially with the additional weapon skill. Dual-wielding is super fun and it does not disappoint if you want to feel like the protagonist in an Akira Kurosawa film!

The hype behind the Moonveil is no joke. The weapon skill Transient Moonlight allows for a flashy unsheathe slash attack followed up with a beam of light that deals Magic damage.

The speed and the good damage output combined with the ability to induce rapid Blood Loss make this Katana a powerhouse. It is no wonder it made it onto our list.

Ending off our list with our number 1 pick, we have the wonderful Rivers of Blood.  This weapon is light but packs a serious punch. With great scaling, damage, and exceptional weapon skill, this weapon can annihilate even the end-game bosses with minimal effort. Of all the Katanas mentioned on this list, this is the best due to range, damage, and status effect infliction speed.

That concludes our list of the best Katanas in Elden Ring. We hope this helped in choosing your next weapon as you venture deep into the Lands Between. Leave a comment below and let us know if your favorite made it on our list. Good luck, Tarnished! 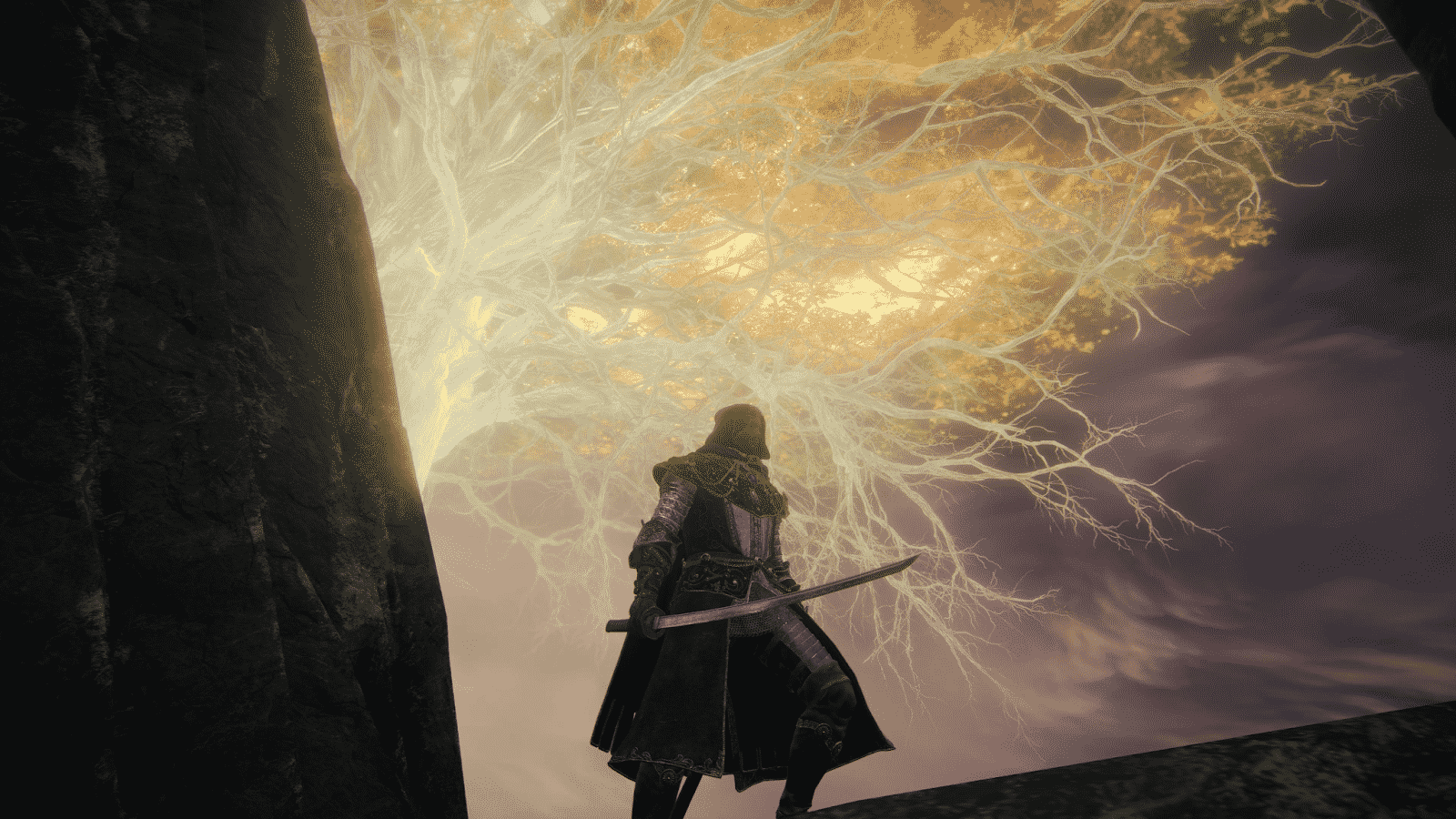 Elden Ring: Why is Uchigatana so Good?