Eleonoa’s Poleblade is weapon wielded by Eleonora, Violet Bloody Finger. Here’s our Elden Ring Eleonora’s Poleblade: how to get & use guide

Elden Ring features a vast open world to explore, engaging enemies to fight, and a huge number of weapons to collect. Elden Ring has various types of melee weapons suited for every playstyle ranging from daggers, and straight swords to all the way giant hammers and halberds. Twinblade is a returning weapon from Dark Souls 2.

Eleonora’s Poleblade is one of the best weapons in the game. This twinblade heavily inflicts blood loss, an extremely powerful status effect, and deals with not only fire damage but also physical damage. Eleonora’s Poleblade is a force to be reckoned with both in PvP and PvE. Its Ash of War “Bloodblade Dance” staggers both enemies and players if they have low Poise.

Eleonora’s Poleblade can be obtained by killing Eleonora, Violet Bloody Finger at the Second Church of Marika in the Altus Plateau region. You can also progress in Bloody Finger Hunter Yura’s quest to reach this location. You need to have 12 Strength, 21 Dexterity, and 19 Arcane Stats to effectively use Elenora’s Poleblade.

How To Get Eleonora’s Poleblade in the Elden Ring?

Eleonora’s Poleblade is very effective at applying blood loss status effect in PvP, here’s how you can get and use this weapon.

You will encounter Yura in a ruined structure northeast of the Seaside Ruins Site of Grace in Limgrave. Exhausting his dialogue, he will warn you about a dragon that resides at the lake. After meeting Yura, travel to the north of the Agheel Lake. You will be invaded by Bloody Finger Nerijus.

After some time, Yura will join the fight and will help you kill him. Be careful if Yura dies during the fight. His questline will end here, although you can still get Eleonora’s Poleblade.

Head to the Main Gate Site of Grace in Raya Luracia Academy. You will see a broken bridge to the north with a magic seal, move toward the bridge, and you will see a sign on the ground to assist Yura.

Enter Yura’s world to assist him in the fight and kill the Ravenmount Assassin. After the fight, you will meet Yura at the bridge. He will reward you and tell you that he will be hunting Eleonora. Exhaust his dialogue, and he will move to Second Church of Marika.

Gaining access to the Altus Plateau region can be tricky. You can either use The Grand Lift of Dectus to reach Altus Plateau or go through The Ruin-Strewn Precipice.

You can also make your way through the Ravine-veiled Village, the Miner’s Caves, and Ruin-Strewn Precipice. You will have to finally defeat the Magma Wyrm to reach the Altus Plateau.

After reaching Altus Plateau make your way to the Second Church of Marika. It is quite easy to get there. Follow the highlighted path, and you will get there in no time.

How To Effectively Use Eleonora’s Pole Blade?

Eleonor’s Poleblade has a base stat requirement of 12 Strength, 21 Dexterity, and 19 Arcane. You need to have a minimum of these points in each to efficiently wield this weapon. It has an amazing weapon skill “Bloodblade dance” that will stagger and stun lock most humanoid enemies.

As it does blood loss and fire damage, we can further increase the damage by using Flame Grant me Strength incantation. We can also equip The White Mask helmet and Lord of Blood’s Exultation talisman to boost damage from blood loss. 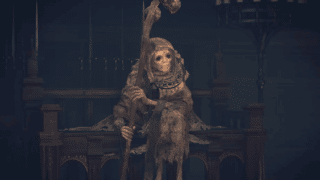 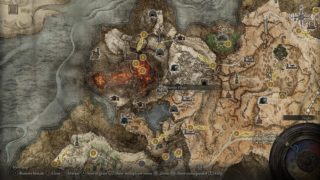 How To Get To Hermit Village In Elden Ring