Have you been wondering how to get to the Snow Area in Elden Ring? Here’s our complete guide on how to get there in the game.

Elden Ring is the first open-world game from FromSoftware and it features a massive map that has tons of secrets. Since the map is so massive, it has different zones that all require a different level so that you won’t have a hard time against all the enemies. One such zone is the snow area – or the Consecrated Snowfield. If you are curious about how to get to the snow area in Elden Ring, worry not because we’ve got you covered.

To get to the snow area, you must defeat Morgot in Leyndell, the Royal Captial, and collect the Rold Medalion. Use the medallion on the Grand Lift of Rold to ascend to the snow area and continue your adventure there.

However, if you want to know more about the Consecrated Snowfield and what you can expect there, continue reading to find out. We will also talk about how you can easily get there as well. With that said, let’s dive right in and find out how to get to the snow area in Elden Ring.

What is the Snow Area

Before we talk about how you can get there or what you need, let’s talk a bit about what is the snow area. As aforementioned, the snow area is called Consecrated Snowfield in Elden Ring. Players need to go to this place after conquering Leyndell, the Royal Captial. Since the game doesn’t outright tell you that you need to go here, some players often get confused.

This area has tons of snow, blizzards, and low visibility. However, keep in mind that this entire section is completely optional. You do not have to go here to finish the game. However, if you wish to fight every boss in the game or want to explore all the areas, then you definitely don’t want to miss this.

In the Consecrated Snowfield, you can expect to fight bosses such as the Putrid Tree Spirit, Putrid Grave Warden Duelist, and the Crusader Misbegotten just to name a few. Plus, if you wish to fight the notorious Malenia, Blade of Miquella, you need to go through this area.

How to Get to the Consecrated Snowfield

Now that you know what the snow area is in Elden Ring, let’s find out how you can get here. If you wish to progress to this area without fighting Malenia, you can simply defeat Morgot, The Omen King, and get access to the Rold Medallion.

To get the item, you need to rest and talk to Melina – your maiden – at the Site of Grace on the battlefield. After that, you can head over to the Grand Lift of Rold and ascend to this area. However, there is another – secret – way in which you can enter this area.

To enter the secret area and fight Malenia, you need to gather the two parts of the Haligtree Secret Medallion. To get this medallion, you need to first go to the Village of the Albinaurics which can be found in the Liurnia of the Lakes area.

During your time exploring the lake, you’ll come across a village. The first Site of Grace you find there will be the Village of the Albinaurics Site of Grace. From this site, go straight up the hill on the right side and don’t stop until you reach a large container on the right side. You will face many enemies in this area but they shouldn’t pose a lot of problems since this is a relatively low-level area.

Over there, you will notice a large pot (like Alexander). Attack the pot twice and it will disappear. Inside it, there will be an NPC whom you can interact with. Talking to him will reward you with the first half of the medallion. You can either listen to his story or kill him. Both of these options will grant you the medallion half.

For the second half, you need to head over to Castle Sol which can be found in the Stargazer’s Ruins. From the ruins, travel to the Castle Sol Main Gate Site of Grace using the northern bridge. Keep in mind that you’ll face some strong enemies here so make sure that you are prepared for them.

After you activate the Site of Grace, head straight until you find a doorway. Enter the doorway and you’ll find a flight of stairs. Go up the stairs and you’ll come across a building on your right side. Enter the building and take the lift to get to the top. Once at the top, go to the stairs that are outside and locate the item on the ground. Collecting it will give you the second half of the medallion.

However, it’s not as simple as it sounds. Before you can collect this item, you need to defeat the boss called Commander Niall. He is surprisingly difficult so you’ll need to use everything you got to defeat him. After killing him, you can now collect the medallion.

Now, when you go to the Grand Lift of Rold, you can either use the Rold Medallion or use the D-pad to get a special option called “Hoist secret medallion”. Use this to enter a cutscene where your character uses the Haligtree Medallion. After the cutscene, you will enter an area called the Hidden Path of the Haligtree. If you do not know where the lift is found, you need to head to the Forbidden Lands section which is east of Leyndell.

Once you enter the Hidden Path, make your way forward until you reach some stairs to your left. Watch out for the enemy that you will face here since it isn’t immediately visible. If you do not want to fight all of the enemies in this area, you can simply run past them and make your way to the snow area.

After fighting (or avoiding) the enemy at the stairs, you need to head straight and go up another flight of stairs. Now, you’ll notice a door that leads to the snow area. However, if you get close, one of those large crab monsters will drop down. If you are prepared for this ambush, you can dodge by rolling and avoid the conflict altogether.

On the other hand, you can fight it if you are feeling confident. Whether you decide to fight it or not, enter the door and make your way up the stairs. On top, you’ll find a Site of Grace and you’ll finally be in the snow area. Now, explore this area at your own pace and fight the bosses along the way. However, the enemies here are quite strong so you’ll have to be prepared for them.

Now that you’ve successfully made your way to the snow area, let’s talk about how you can find the map fragment so that the map is unlocked. As you know by now, the map fragments allow you to see the section clearly and reveal all major points of interest on the map. Otherwise, it’ll be a brown portion on your map that doesn’t show any path or anything.

Once you activate the Site of Grace after making your way up the Hidden Path, you will notice a path that leads to the map fragment. These fragments are marked by a small icon on your map. Open your map and place a marker on this icon so that it is easier to travel to it. Descend the path until your visibility becomes clearer. Eventually, you’ll reach the fragment. Collect it to fully reveal the snow area so that you do not have any issues exploring it. 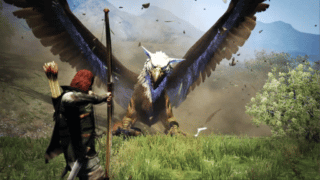