Power armor in Fallout 4 is available quite early in the game for a sole survivor to get, unlike previous titles where you will have to finish major quests to get your hand on one of these forces of destruction. There are advantages to roaming around in wasteland when you have a chunky metal as armor.

Power armor can be found at multiple locations in the wasteland. You will discover some that are in good shape and some in dire need of repair.  You will have to repair these power armors to take them back to their full glory. Power armors receive more damage when fighting tough enemies like legendary Radscorpian, Super Mutant Behemoths, or Dusky Yao Guai.

Power armor can be repaired at any power armor station. You will need crafting items to repair each component of power armor. Here’s how you can repair your power armor

Why Do You Need to Repair Power Armor?

Power armor is an essential tool if you want to take on the likes of Super Mutants, Mirelurk Queen, Irradiated Scorpions, and legendary enemies in the wasteland. If your power armor is damaged, it will cause more damage as it will not be able to stop enemy attacks. A sole survivor needs to have well-managed power armor to defeat these enemies.

How To Repair Power Armor In Fallout 4

Repairing power armor does not need additional skills; however, it does need certain crafting items to repair different parts.

You can also build a power armor station in your settlements only if you have the required perks so that it is always available, no matter whatever settlement you are close to.

After finding a power armor station, move near the power armor station and exit the armor. You can exit from your power armor by pressing and holding the A on Xbox, X on PlayStation, or E on the keyboard. If you have changed the button mapping for the exit button, press and hold that specific button to get your character out of power armor.

If your power armor is close enough to the Power Armor Station, you should see a prompt appear at the bottom of the screen to enter the crafting menu. Press the specified button, and now you can repair your power armor.

After opening up the crafting menu, you will see the individual parts of power armor. Select the part that needs to be repaired and press the repair button. If the power armor station is near a workbench, the required items needed for the repair will be drawn from the workbench inventory and the player character’s inventory.

If the power armor station is not close to any workbench, then the items required for the repairs will be only taken from the character’s inventory. If you do not have enough crafting items, you will not be able to repair your armor.

Most of the power armors need steel to repair them, but you will need rare items like circuitry and other rare resources to repair more powerful and unique power armors like the X-01. 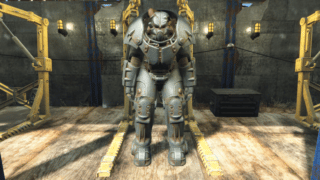 How To Exit Power Armor In Fallout 4? 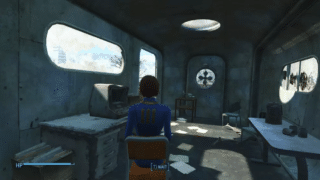 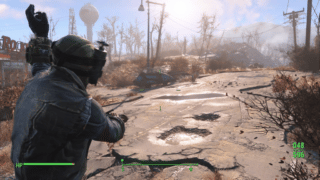 How To Throw Grenades In Fallout 4?

How To Scrap Junk In Fallout 4?