Here’s our how to use Memory Stone Elden Ring guide. They are used to increase the maximum number of equipped sorcery and incantations.

The Memory Stone is a key item in Elden Ring as it is essential for both Faith and Sorcery builds. It increases your memory slots allowing you to equip more sorceries or incantations. Memory Stones are scattered throughout the Lands Between and can be obtained by solving puzzles at various locations.

The Memory Stones are needed not only for magic builds but also for strength and dexterity builds. It increases the maximum number of spells that can be equipped so players can cycle through multiple sorcery or incantations without any hassle.

Here are all the Memory Stone Locations in Elden Ring:

Why Do Players Need to Equip Memory Stones?

Memory Stones are needed to increase memory slots which is a stat in Elden Ring representing the number of slots available for memorizing Sorceries and Incantations. It is essential even for non-magic users to have more than base slots as some spells boost defense and attack power.

Each starting class has only 2 memory slots which can be increased to 10 by finding Memory Stones throughout the Lands Between. You can not have more than 10 memory slots but this number can be further increased to 12 by equipping a talisman called “Moon of Nokstella”.

This talisman can be found in the chest underneath a massive throne in Nokstella, Eternal City. You will be able to access this location during Ranni’s questline.

You can obtain one at the start of the game as soon as you are invited to Roundtable hold. You can buy one from the Twin Maiden Husks for 3000 runes.

Red Wolf of Radagon is a boss in Raya Lucaria Academy. Players will have to defeat this boss in order to reach Rennala. Defeating this boss also drops a Memory Stone.

Oridy’s rise is situated in Weeping Peninsula. Players will have to solve a puzzle to gain access inside the Rise. After completing the challenge, you can open the chest at top of the Oridy’s Rise containing a Memory Stone.

The Converted Tower can be located in western region of Liurnia of the Lakes. You can find a Memory Stone at top of the Tower which is sealed by a puzzle. To solve the puzzle players will have to perform the Erudition gesture in front of the statue. The gesture can be obtained by giving Thops an Academy Glintstone Key at the Church of Irith.

You can also gain access by jumping along the outerwall of the tower until you reach the back. Next you will have to jump onto the roof and climb the stairs to top of the tower to open the Memory Stone chest.

Seluvis’s Rise entrance will be sealed until players talk to Ranni at Ranni’s Rise. After speaking with Ranni you can gain access to the tower and the Memory Stone is in the Chest at the top floor of the Rise.

Testu’s Rise is located in the northern region of Liurnia of Lakes. The entrance is sealed by a puzzle similar to Oridy’s Rise. You will have to interact with the Imp statue which will ask you to seek the three great beasts. Players can solve this challenge by killing three turtles hidden around the Testu’s Rise.

After solving the puzzle enter Testu’s Rise and open the chest at top of the tower to obtain a Memory Stone.

You can also find a Memory Stone by Defeating Demi-Human Queen Maggie. This boss is a Field Boss found at the Hermit Village in Mt. Gelmir. 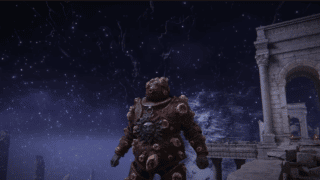