Cursemark of Death is a key item in the Elden Ring. This item is used to complete Fia’ questline as well as necessary for unlocking a completely different game ending. Just like previous From Soft games, Elden Ring has multiple endings. Cursemark of Death can be obtained to trigger one of six possible endings.

Cursemark of Death is an essential item needed to spawn Lichdragon Fortissax in Deeproot Depths to complete Fia’s questline. It is also needed to unlock an alternative ending in the Elden Ring.

Why Do Players Need to Obtain Cursemark of Death?

You will have to progress at a certain point in Ranni’s questline to get Carian Inverted Statue, which is a key item used at Carian Study Hall to unlock Divine Tower of Liurnia. You begin Ranni’s quest by traveling to Ranni’s Rise after defeating Royal Knight Loretta at Caria Manor.

You can begin Ranni by speaking with her here. Ranni’s quest is the largest quest in Elden Ring aside from the main campaign. You will have to defeat General Radhan, The Conqueror of Stars, which is one the most difficult bosses in the entire game to progress Ranni’s questline. We recommend you take some time to prepare for this fight.

After Defeating General Radhan you will get a cutscene and a meteorite will open a new passage into Nokron. You can find this passage near Mistwood Ruins. Continue onward into the city and you will eventually find a treasure chest containing the Fingerslayer Blade, the secret treasure of Nokron that Ranni has asked you to retrieve.

Fast traveling back to Ranni’s Rise and upon giving her the Fingerslayer Blade, she will reward the player with the Carian Inverted Statue. The item needed to gain access into the Divine Tower of Liurnia.

Step 2: Acquire Cursemark of Death From Divine Tower of Liurnia

You can reach Divine Tower of Liurnia by first traveling to Carian Study Hall in the Liurnia of Lakes region. There’s a desk by the entrance of the study hall that has a globe standing behind it. Interact with this desk to place the statue upon it, then a cutscene will play. This will turn the tower upside down, allowing you to go through the window that was above the lift taking you up. ( Courtesy: Fextralife)

Once inverted, you will have to carefully make your way to the lift in the center of the study hall. When the lift is down enter the door to the long bridge which will take you to the Divine Tower Liurnia. You will also encounter a dangerous enemy called Godskin Noble. Defeat the enemy and make your way up the Tower. At the top of the tower, you can obtain the Stargazer Heirloom talisman and Cursemark of Death from the corpse on the ground.

Cursemark of Death is a necessary item to complete Fia’s questline. You will have to progress her questline until she moves to the tallest part of Deeproot Depths. After fighting Fia’s Champions she will be present up the tree branches near Godwyn’s corpse. she will ask you to acquire Cursemark of Death, which we already have.

After you give it to her, she will give the player a Radiant Baldachin’s Blessing. Exhaust her dialog and upon reloading the area, she’ll be asleep. Inspecting her will let you enter the Deathbed Dream to fight Lichdragon Fortissax.

After defeating Lichdragon Fortissax, you can pick up the “Meding Rune of Death-Prince”. This will also complete the Fia’s questline. You can come back later to this area to pick up Fia’s set next to her.

Meding Rune of Prince-Death is used at the very end of the game. After defeating the final boss of the game which we are not going to mention here due to spoilers. You can use the Mending Rune of Death-Prince and Cursemark of Death to unlock “The Age of Duskborn” ending.

Mending Rune of the Death-Prince is used to begin a new age of Duskborn as Elden Lord. We know from the item description that ”The Golden Order was created by confining Destined Death. Thus, this new Order will be one of Death restored”, therefore, this age will rid the world of immortality and allow the natural cycle of life and death to occur for all people and creatures. 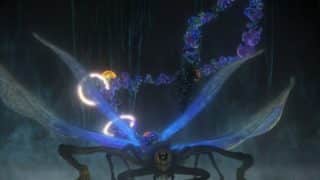 What Is The Happiest Ending In Elden Ring?