Which Maiden should you kill in Elden Ring? Let’s find out!

Elden Ring possesses a unique open world that houses several NPCs – each with its unique set of quests. While most of them are primarily chores, the game can sometimes push you into making difficult decisions that can cost you if you’re not careful.

Which Maiden Should You Kill In Elden Ring?

Hyetta is the safest maiden to kill in Elden Ring since she will eventually engage you in a do-or-die dialogue. Once you’ve met the three fingers, meeting Hyetta again will spell her death. Since there’s not much you can do to change that, it’s better to go with the flow.

Needless to say, Hyetta does have her parts of shine in Elden Ring. While they’re not jaw-dropping, the quantity is still enough to make her significant in Elden Ring.

In this guide, we will look at Hyetta and her importance in the storyline of Elden Ring. With that said, let’s jump in and get started!

Hyetta is a blind finger maiden that makes her debut at the northern side of the Sortmveil castle. Compared to other maidens, Hyetta seems to be pretty elusive. She will generally show up at every big event while being unrelated to the said event.

Moreover, she is an NPC that won’t have additional dialogues unless you force her to. She moves according to the player and will be meeting you in multiple stages of the story.

What Are Finger Maidens?

Finger Maidens are the servants of Two Fingers. Their main purpose in the game is to guide you throughout the game. However, their way of providing that guidance is often deemed unconventional.

Luckily, that’s not all a finger maiden can do. Instead, Hyetta can also turn rune fragments into Strength. Finger Maidens can be considered as preachers to a religion that becomes obsolete once you reach the later stages of Elden Ring.

As useless as she might seem, Hyetta’s duties include showing you the path through verbal guidance. Despite being so uni-dimensional, she will be helping you quite a bit throughout your journey.

Luckily, most of her provided information is only for the sake of progressing and exploring the lore. Therefore, you won’t be losing much even if there’s one less maiden in the mix.

Should You Kill Melina Instead?

If you kill Melina, then you won’t be able to achieve the most common ending of Elden Ring where this mysterious spectral girl takes it upon herself to deliver Destined Death onto the Lord of Chaos. Needless to say, having Melina by your side is much better than Hyetta since she can provide greater assistance.

What Happened to Irina?

Irina dies in the early portions of the game. Therefore, there’s not much out there when it comes to Irina. However, she does seem to match Hyetta in appearance – to the point where Hyetta’s often considered the second incarnation of Irina.

Needless to say, the Finger maiden won’t be contributing much to the story as well. Therefore, the idea of taking her down might not be entirely out of discussion just yet. We still don’t know about the creature that killed Irina, so it’s best to refrain from acting rashly here.

All in all, finding a suitable target can boil down to the usefulness and effectiveness of the said target. Unfortunately, you won’t be finding much of these in Elden Ring. Therefore, it’s better to try your luck with other FromSoftware titles. With that said, killing Hyetta is still the best possible decision if you’re aiming for regular endings. 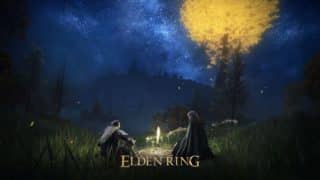 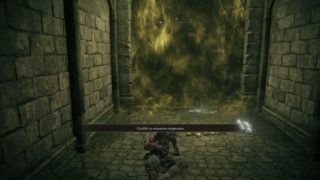