Here’s our complete guide on how to beat the warden in Minecraft!

With the introduction of the 1.19 update in Minecraft, many changes and additions were made to the game. One such addition is a terrifying foe known as The Warden that can be found when going to the Ancient Cities – another new addition to the game. The Warden is a scary enemy that can track you down and deal a lot of damage.

He can one-shot you on higher difficulties so be extremely careful. However, if you wish to get rid of this new enemy, this guide will show you how to beat The Warden in Minecraft.

How to Beat The Warden in Minecraft

To defeat The Warden, you must use an enchanted bow and fight it from a distance. You can either trap him through a trap door or build a short tower so that he cannot attack you.

However, that’s easier said than done. If you truly do wish to fight this strong enemy, the next section will show you a detailed version of how to beat The Warden in Minecraft. Plus, we’ll talk about his abilities and other tips that you can use to defeat him.

How to Find The Warden

The Warden can be found lurking somewhere in the Ancient Cities that are located in the newly added Deep Dark biome. While this biome is terrifying on its own, having The Warden roam around makes it even scarier. Since The Warden is blind, he cannot see you directly. Instead, he locates you by focusing on your vibrations and smell. Keep in mind that he can find you through blocks so don’t think that you can hide behind a wall to evade him.

One easy way to locate The Warden is to make as much noise as possible when you enter the Ancient Cities. However, that way, he will know where you are and he will attack you on sight. The ideal way is to sneak around by crouching and looking for him in the area. While it does have the same speed as the player character, he can get faster if you annoy him by making noise.

Now that you know how to find The Warden, it is crucial that you know what he can do. If you want to fight him blindly, then you’ll have a tough time as he will surprise you a lot. However, we will be going over his abilities and attacks so that you can know what to expect when engaging in a fight with him.

We will be discussing his attacks and passive debuffs below. His normal melee attacks are not mentioned since those are basically strong punches that can kill you in one or two hits depending on the difficulty.

This is an interesting ability that can really ruin your sense of direction. When The Warden gets close to you, your vision will automatically lower and you will not be able to see as far as you normally would. This can cause quite a confusion since you might not know what is ahead of you when running away from The Warden.

I have fallen into random holes and traps just because I couldn’t see them in time courtesy of this ability. To somewhat counter it, you can drink a Potion of Night Vision before you start fighting The Warden. Otherwise, you’ll have a tough time for sure. Keep in mind that torches or other light sources will not help you in this case so make sure to bring that potion with you. Even the night vision potion won’t fully bring your vision back but it is better than nothing.

This is one of the most annoying and terrifying abilities to go against. While his main source of damage is his fists, he can use a Sonic Shriek that has a long range and deals the same amount of damage as his melee combat. However, if you get hit, you will be knocked back 5 blocks so you can potentially take more damage if you fall from a high place.

That’s not all, though. This attack also goes through all types of blocks – yes, it passes through Bedrock as well. Even if you build some blocks or are hiding behind some, you will get hit if The Warden focuses this attack on you. However, what’s interesting is that this attack only hits one mob at a time. So, if you are with a friend, only one of you will take the damage while the other will still be able to attack him.

Worry not because he doesn’t spam this attack so you’ll only have to deal with it a few times as compared to his melee attacks.

Equipment to Defeat The Warden

Before you even think about fighting The Warden, you need to make sure that you are prepared to go against him. For that, you need adequate equipment, weapons, and other things that will potentially help you during your fight. While you can have the strongest sword with you, I don’t suggest using it since The Warden deals tons of damage in the melee range. You do not want to get hit by those punches.

First things first, you must have complete Netherite armor so that you can take at least two hits before dying. Not only do you need full Netherite armor, but you will also want to ensure that it is fully enchanted with the best spells in the game. Whether you want to put protection spells or sneaking ones, that is up to you.

As aforementioned, you might want to take the best sword possible but that won’t do you any good. Regardless of how good your combat prowess is, you are bound to get hit once or twice. Getting hit will result in you dying since his hits deal the most damage out of any mob in the game.

So, to avoid that, I suggest taking an enchanted bow or even a trident so that you can safely attack him from a distance. Watch out for his Sonic Shriek attack since it passes through all types of blocks and has a good range.

Now that we’ve discussed what major items you’ll need to bring with you let’s discuss some other items that will help you during the fight. First up, you must have good sources of healing so that you can quickly recover after taking a hit. You can bring a Potion of Healing, Enchanted Golden Apples, or tons of cooked foods. I recommend bringing all of these items with you since you never know how much you will need to use.

Apart from the healing items, I highly suggest you bring a Potion of Night Vision. Since The Warden lowers your vision, drinking the potion will allow you to see better when he is near you. Plus, it goes without saying that you need to bring tons of arrows with you since that is your primary damage source.

How to Defeat The Warden

After taking a look at his abilities, preparing yourself, and locating him, you are ready to take on The Warden in a fight. Unlike other mobs where you walk up to them and start spamming your sword, you need to have a solid game plan to fight him.

The best way that I found is to build a six-block tower and stand on top of it. While there, you should place a cobweb at your position so that his Sonic Shriek attack does not knock you back a lot. You can also place cobwebs around the sides of the tower so that you are completely safe. Also, try placing water blocks around you so that you do not take a lot of fall damage.

Now, make a lot of noise so that The Warden is attracted to your location. Once he is here, spam your arrows using your enchanted bow. Keep in mind that you’ll have to eat food or drink the health potion after taking damage so that you can regenerate before he fires his next blast. The good thing is that The Warden prefers to hit you in melee range so he’ll aimlessly punch around. When he realizes that he cannot reach you, he’ll use the Sonic Shriek.

Rinse and repeat this formula and you’ll defeat The Warden in no time!

Now that you have finally defeated The Warden, let’s talk about all the amazing rewards that you’ll get. Unfortunately, players will only receive three experience orbs after coming out on top of this grueling battle. There are no special drops or any type of achievement that you can show off.

The Ender Dragon drops an egg that you can showcase as proof that you’ve defeated it but The Warden does not drop anything as of yet. On top of that, the measly three XP orbs aren’t worth going through all that trouble of fighting him. So, I suggest that you keep your distance and sneak around The Warden to avoid him at all costs. 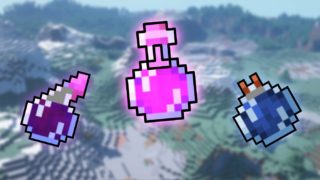 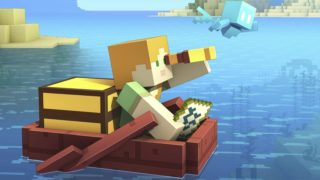 How to Find the Deep Dark Biome in Minecraft (1.19) 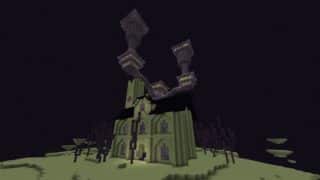