V Rising is the latest survival game developed by Stunlock Studios. It has a lot to offer, from taking down various enemies to building your own empire. As you explore the world, you’ll run across many items, one of them being Silver Coins. Therefore, this guide will go through everything you need to know about V Rising Silver Coins.

Most people that start off in the game don’t realize the value of Silver Coins. Especially considering it weakens your character and makes you lose health as Vampires are weak to silver. This might lead you to either throw out the coins or not collect them at all. However, if you come across these supposedly harmful coins, hold on to them as they become quite useful near the endgame.

How to get Silver Coins in V Rising

You can find Silver Coins throughout the world of V Rising. A great place to find it is within chests or cabinets in various areas.

If you’re starting out early in the game and you find a trader but cannot trade with them just yet, then you can kill them instead. Doing so will grant you a good amount of Silver Coins.

Lastly, you can get a bunch of Silver Coins from the Sacred Silver Mine.

Once you’ve got Silver Coins, you’ll need a way of carrying them around. Although initially, you might lose health whenever you carry around Silver Coins, you can reduce that amount of damage by increasing your Silver Resistance.

The first method requires you to have the Tailoring Bench. If you have one of those, you can use them to craft Hunter’s Cloak using 8 Cotton Yarn. It gives you a +15 Silver Resistance Rating. There are also other varieties of the cape, such as the Ashfolk Crystal Ice Cloak and Hermit’s Shawl, that give the same effect.

Additionally, you can also get Silver Resistance potions which will grant you resistance for a limited time period.

Once you have Silver coins and enough resistance to carry them around, you’ll need to find merchants to trade with. Unfortunately, you cannot trade with them in your normal form. You will need to disguise yourself as a human using the Human Form skill to be able to trade with the numerous merchants throughout the game.

Getting the Human Form is straightforward. In the Dawnbreak Village, you’ll encounter a boss known as Beatrice the Tailor. The fight can be tough because if you kill her (or are fighting her) the entire village can come after you.

However, you can either kill the mobs in the village first or lure her away as you fight her for an easier time. Defeating Beatrice will not only grant you the Human Form but will also get you one of the cloaks that give silver resistance.

Once you’ve defeated her, you will find the Human Form in your Vampire Powers section. When using the form, your mobility will be limited. If you cast any spells, you will break the form, so be mindful.

After you’ve got your human form, you’re free to trade with the merchants that roam the world. You can find them in numerous sections of the map.

The first merchant, known as Gavyn the Shady Dealer, can be found in the entire Farbane Woods. He is mostly roaming around throughout the map, but you will have a higher chance of finding him in the western area. You can get items such as the Pilgrim’s Hat, Miner’s Mace, and the Necromancer’s Mitre from him.

The next merchant is known as Berk the Wandering Trader and can be found throughout Dunley Farmlands. You can find him frequently near the Haunted Iron Mine, Cotton Farm, or close to the Mosswick Village. You can get items like the Bear Head, Sunflower Seed, and various gems from Berk.

Lastly, we have Ottar the Merchant. You can find this merchant near the Brighthaven Slums in the Silverlight Hills. He is not a moving target like the others, so his location will always be the same.

With that, you know everything about V Rising Silver Coins. Despite them being harmful at the start of the game, they can be useful once you build up your Silver Resistance and can let you buy all sorts of items from the traders that roam the map. 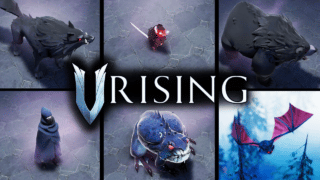