Here’s our Elden Ring: fire giant cheese guide. Use this cheese method to defeat the boss with ease.

Elden Ring is one of the biggest games that FromSoftware has made. From amazing environments to unique weapons, there is a lot to be discovered.

But in a similar Soulsborne fashion, certain bosses are overwhelmingly difficult to deal with. One of those is the Fire Giant. This massive humanoid can be found in the Mountaintops of the Giants, and you need to defeat him to advance to the Forge of the Giants. Due to this, it is not an optional boss.

With its plate swings, stomps, and fireball attacks, the Fire Giant can be one of the most frustrating bosses to deal with. However, using the Fire Giant cheese, you’ll get through the fight in no time.

Memorizing the giant’s complex moveset and then countering each one of them could be a time-consuming process. Luckily, the cheese that is about to be discussed doesn’t require any of that. In fact, you can avoid the majority of its attacks with ease. You just need to ensure that you follow the steps correctly so that the cheese works. With that said, here’s what you need to know about the Fire Giant Cheese.

Entering Through the Right Entrance

There are two entrances to the arena where you can fight the Fire Giant cheese. One is a small triangular entrance, whereas the other is right in front of the Foot of the Forge Site of Grace. If you have a look at the image, the entrance we need to go through is the one on the left, which is lower than the smaller entrance.

The second step of the cheese is to jump back outside the arena. To do so, you will first need to go through the entrance and keep heading forward till you get access to the path on the right, which will take you above the entrance from where you just came.

Take that path till you come to the edge of the ravine. From here, you want to jump diagonally towards the chain bridge near the entrance and then use your double jump to land on the platform next to the entrance. If you pull off the jump, you’ll be successfully outside the arena.

After you’ve made your way outside the arena, you need to head towards the other entrance. The Fire Giant will follow you eventually and will come to the edge of the cliff. Over here, it will attempt to attack you, but besides its fireball, no other attack can reach you. Now you can use any of your ranged attacks to deal damage from afar. Just make sure to take cover whenever you see the fireball incoming.

After removing half of the giant’s health, there will be a cutscene that will teleport you inside the arena. But that’s not an issue as you can repeat the same strategy. Simply make your way over to the jump, land on the platform, and lure the giant to the same spot again.

There might be certain cases where the giant does not follow you in the second phase. To fix this, just head back towards the Site of Grace area; that should catch the giant’s attention. Then go back to the same area to continue hitting the giant with ranged weapons.

From here onwards, it is as simple as continuously attacking the Fire Giant till it dies.

With that, you know everything about the Elden Ring Fire Giant Cheese. The fight in itself is quite difficult, but if you lure the giant towards the edge of the arena, you can render him completely useless while you continue to land your attacks. 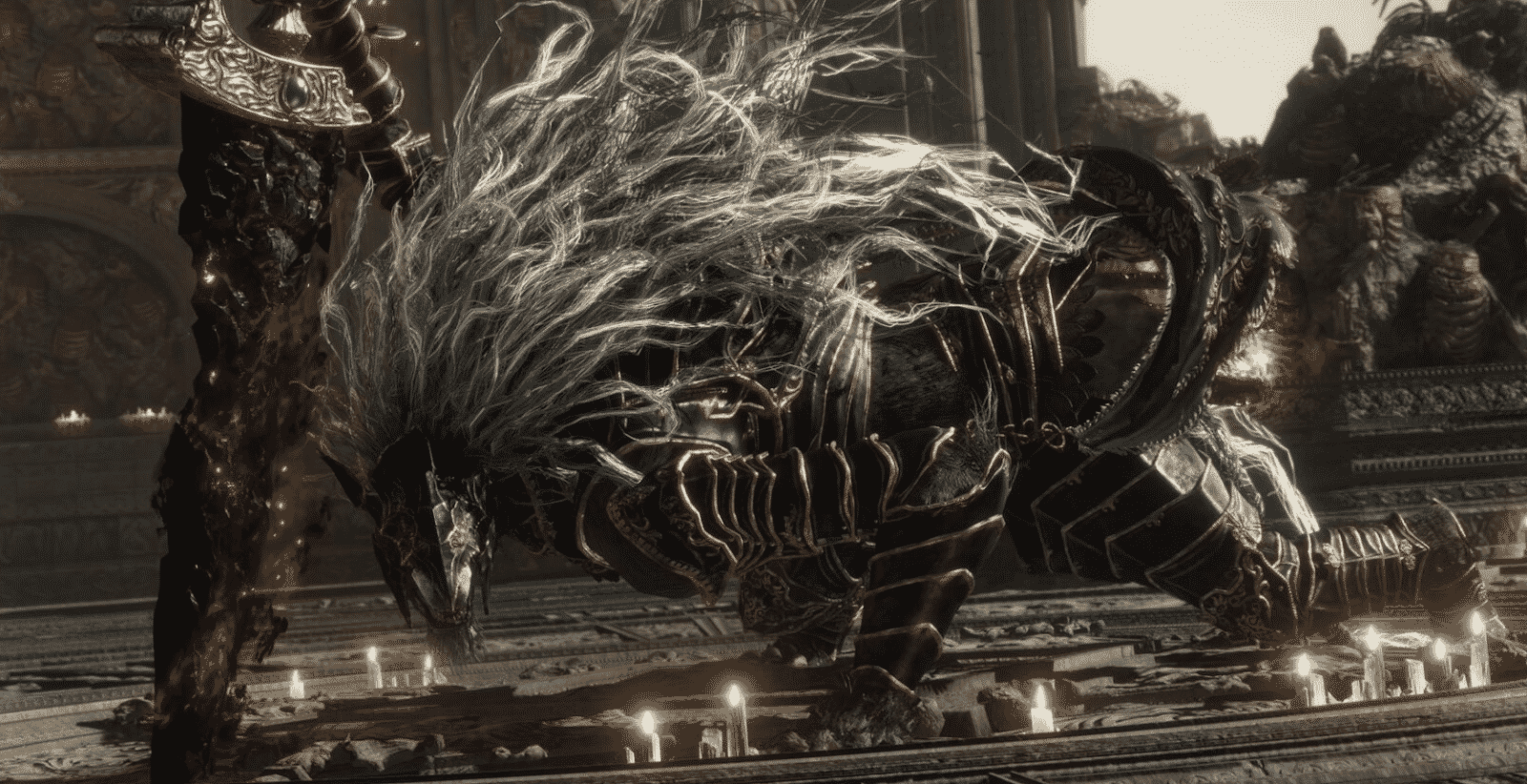