Counting the best suit physical weapons to get a victorious ending in the RPG V Rising world is never enough! You need to go a step further to survive as a vampire in the harsh world of Vardoran. However, acquiring specific supernatural abilities is always helpful.

The Arctic Leap of Frost ability helps to overpower enemies mid-air. While the illusionary capabilities of the Mirror Strike let you deal with hordes of enemies. As a Blood Ability, Heart Strike handles the damage while providing healing.

You can only slot in one ultimate ability. Therefore, finding the best way of ensuring your survival is a must. And like most RPGs, you cannot acquire them by leveling up.

In this guide, we will be taking a deep look at the specific ultimate abilities that allow us to have an advantage over our enemies due to their overpowered nature.

While keeping the cream of the crop is always a good idea, it will be relatively useless if you don’t know how to take advantage of it. Therefore, we will be taking a look at the best ultimates along with their specific use cases.

Having said that, the strongest ultimate abilities in V Rising are mentioned below:

Arctic Leap is the frosting ability that deals 225% AoE magic damage. It essentially projects your vampire into the air while casting down to tackle groups of enemies with a sudden powerful frost eruption. All nearby (non-vampire) enemies get frozen for six seconds on the hit of this furious explosive attack, whereas the vampire enemies are frozen for three seconds.

This ability has a 150 seconds cooldown duration. Thus it’s recommended that you only use it to disrupt the flow of a losing battle. Plus, you can utilize post-Arctic Leap time to cast any blood abilities and maximize damage output intensity on the frozen enemies.

This is a great ability to give you a way out of damage. By freezing everything, you’re essentially giving yourself time to heal. Not to mention, it is totally up to the player to find the appropriate time to utilize this one-click ultimate ability, which can be a pretty challenging task.

How to acquire: Defeating Terroeclaw the Orge in the Hollowed mountains is necessary for acquiring Arctic Leap ultimate in V Rising.

Mirror strike is an illusion-based ability that essentially allows you to obliterate a single enemy or to divide the damage among crowds of foes. You must dash your vampire in a particular direction within the set range by attacking all the enemies for either three seconds or until you call off the attack.

After the initial raid, the player must race towards the pointed cursor, ensuring its safe exit from the attack. It deals 600% magic damage divided among all the targets within the set range. In any case, if enemies survive the onslaught, 30% more damage is charged to them, thereby causing them to Weaken for five seconds.

How to obtain: You have to encounter and defeat Octavian, the Militia Captain. He is the boss of level 58 and can be tracked through Blood Altar in V Rising.

Heart Strike, a blood ability type – is a worthy backup plan if you want to utilize lifesteal-based combat. This blood ability makes you dash in a specified direction for 3.5 seconds while dealing a 150% damage attack on any enemy in your way.

You also get to heal for 150% of your spell power. After the initial attack, more damage is inflicted to enemies within AoE by dealing 150% magic damage through a bloody explosion.

This ultimate can be used as a fallback plan, but its flashiness isn’t as impressive as the other ultimates. That being said, this ultimate requires you to have a proper combat plan.

And that’s all we have for our V Rising: best ultimate abilities guide. Finding the best ability is not an easy task in ARPGss. Here are some specifically chosen abilities that can go with most weapons. However, it all depends on how you have built your character and what ultimates best suit it. 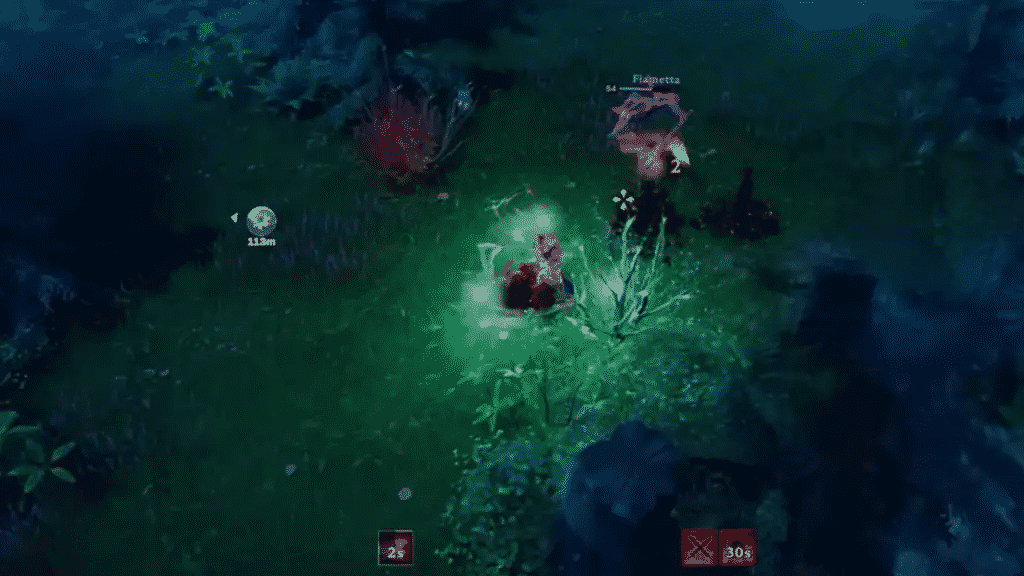 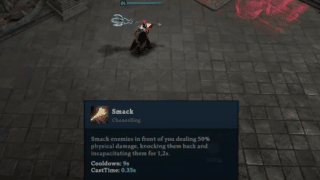