If you are someone who likes watching Vampires in video games, then V Rising is the best game for you. Having the ability to build your own castle and hunt for blood while also looking to survive sounds like the perfect vampire game. If that wasn’t enough, V Rising also offers a plethora of boss fights for you to enjoy.

There is a long list of bosses in V Rising. Some of them spawn on fixed locations, and some of them are roaming bosses that you will have to track and hunt down. Vincent the Frostbringer is a roaming boss in V Rising, and he has proved to be quite difficult to locate. Let us help you track down and hunt this boss.

Vincent The Frostbringer does not have a set location in V Rising like a number of other roaming bosses. You’ll have to track this boss down by activating your blood altar. Remember that Vincent is a level 40 boss, and you’ll have to be close to that to fight him.

Where To Find Vincent The Frostbringer In V Rising:

As we have already established before that, Vincent doesn’t have a set location in V Rising. You will have to use your tracking skills to find him. But, first, you will have to be close to level 40 since Vincent the frostbringer is a level 40 boss. Once you have reached that level, you can use your Blood Altar to track him.

Vincent the Frostbringer usually roams around the roads of Dunley Farmlands. So, the best way to track him is to reach Dunley Farmlands and then activate your Blood Altar. This way, you won’t have to travel a long way to find him.

Once you have found Vincent, the best thing for you to do is not engage him immediately. You can let him walk a little further down the road to a spot where you can choke him and his attacks.

How To Beat Vincent The Frostbringer in V Rising:

As Vincent is a level 40 boss, he could prove to be quite tricky for players to take down. That is why it’s important to fight him in a spot where you have the advantage. The first thing you need to do is take out his guards so that you can solely focus on the boss.

The best way to win this fight is to maintain your distance and use all the range attacks that you have at your disposal. Vincent has some really strong close-range attacks like the dash and ground smash. So, be sure to stay at a safe distance and wear him down with your ranged attacks.

What You Get After Beating Vincent The Frostbringer In V Rising:

These are all the rewards that you will get after defeating Vincent the Frostbringer in V Rising.

V Rising is a relatively unique game, and the way the game has stepped up boss locations is absolutely brilliant. The bosses are free to roam the lands, and the game gives you the option of locating them on the fly or using your blood altar if you are looking for a specific boss.

Locating Vincent the frostbringer and then taking him down gives you a distinct feeling of satisfaction, making V Rising an excellent game.

That is everything we have on how to locate Vincent the frostbringer in V Rising. 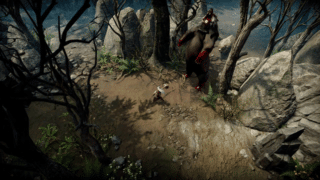 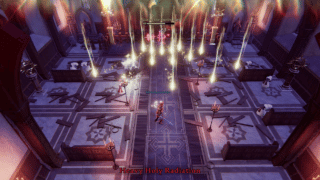