V Rising features a multitude of epic boss fights and combat mechanics that enable you to showcase your skills as freely as you want. However, certain bosses tend to normalize the concept of death a bit too much. In general, defeating them can be a massive headache.

V Rising: How To Defeat The Bandit King

In order to defeat Quincy The Bandit King, you will need to focus all your attacks on his back. Most of his attacks are related to shielding and charging. Therefore, you would need to spec offensively if you want to finish the fight as cleanly as possible.

Needless to say, looking for Quincy’s weak points amidst the ongoing battle can be a challenge in itself. Therefore, you should have decent info on his skills to secure victory.

In this guide, I will show you the attack patterns of Quincy The Bandit King. Furthermore,  will also look at the best practices that should be implemented before heading to battle.

Where to Find Quincy The Bandit King?

Quincy is located in the Farbane Woods. You will have to head to the northern areas in order to locate this boss. That being said, you will be encountering a decent amount of enemies along the way. Therefore, getting worn out before even reaching the battle is a real threat.

The attacks of the Bandit King tend to rotate between a total of four combinations. With each ability having its own unique affinities, it can be really hard to take him down unless you’re aiming for the gaps in-between.

With that being said, here is how Quincy’s abilities work in general:

The most opportune time of all inning The Bandit King is as soon as his Enrage Shield Charge goes off. Aside from that, the Ground Shattering Tri-Slam is the hardest to dodge. However, even that has a certain delay that can be taken advantage of.

Make sure to reach at least level 38 before heading into battle since being lower level can make this game feel more like Elden Ring instead. That being said, it’s best to initiate the battle at nighttime to be as strong as possible.

You can take your time assassinating the enemies around Quincy as long as you’re out of his range. However, any kind of damage to him will initiate the boss fight. Ideally, you would want to have a one vs one, but if that’s not the case then make sure to kill the soldiers first.

All in all, Quincy The Bandit King is still one of the lower leveled bosses in the land of Vardoran. Therefore, its attack patterns are rather easy to predict and dodge. Therefore, you will most likely win the battle as long as you manage to engage him in isolated combat. 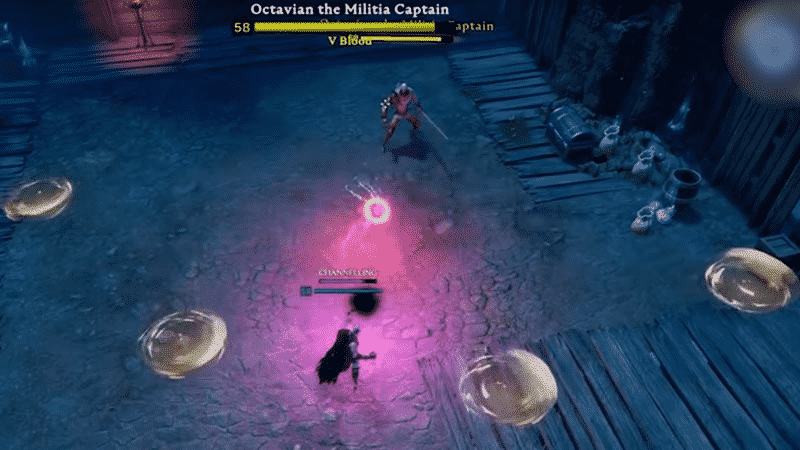